Hear from these visionaries about what's next for Midtown Atlanta.

The objective of this event each year is to provide substantive timely updates about the key issues impacting Midtown Atlanta, preview upcoming initiatives and stretch the audience's thinking about the future of cities. Speaker lineup and run of show will continue to take shape over the coming weeks, so check back for updates. 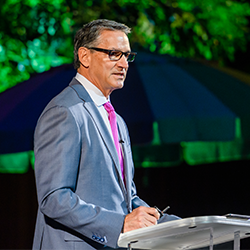 An Unprecedented Time for Midtown and Our City

Mark Toro will discuss the Midtown momentum that has carried the district to unprecedented growth and achievement in recent years. Mark is the immediate past chair of the Midtown Alliance Board of Directors and founder and Chief Vision Officer at Toro Development Company. He co-founded and led the North American Properties (NAP) Atlanta office, which reimagined Colony Square and Atlantic Station and developed Alpharetta’s $1 billion Avalon "urban burb." Toro serves on the board of The ATL, the State authority that governs the expansion of public transportation in Atlanta, as well as ICSC’s Board of Trustees and the City of Refuge Board. 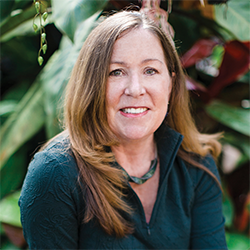 Midtown's Imperatives for the Future

Mary Pat Matheson will lay out Midtown Alliance's leadership vision for how the district can emerge stronger and continue growing on the strength of shared goals and committed partners. Mary Pat is the incoming chair of Midtown Alliance Board of Directors and for the past 20 years has served as President and CEO of the 30-acre Atlanta Botanical Garden. Under her leadership, the Garden raised more than $100M for expansion and has pioneered innovative education, marketing, business administration, horticulture and conservation efforts with a rapidly growing membership base. Matheson is a past president of the American Public Gardens Association and also serves on the Board of the Food Well Alliance. She is a graduate of Leadership Atlanta and a member of the Rotary Club of Atlanta. 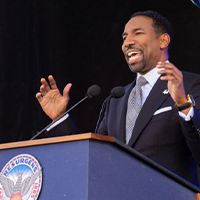 The Hon. Andre Dickens is Atlanta's 61st Mayor. He previously served two terms on Atlanta City Council, where he chaired the transportation committee. Mayor Dickens grew up in Southwest Atlanta, where he attended Atlanta Public Schools, and he holds degrees from Georgia Tech and Georgia State University. He also served as Chief Development Officer at Midtown-based TechBridge, using technology to empower nonprofit, mission-based organizations. In his first few months in office, Mayor Dickens and his transition team have engaged Midtown Alliance and its partner community improvement district leadership to find solutions to challenges impacting the district. 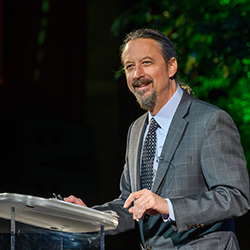 Kevin Green is President and CEO of Midtown Alliance. He will provide updates on recent and near-term improvement projects as well as shared wins for Midtown and the City of Atlanta. Kevin has been a resident of the City of Atlanta for over 30 years and has been working for much of that time to advance livability and economic opportunity in the Atlanta region. Green previously served as Executive Director of The Clean Air Campaign and Vice President of Environmental Affairs with the Metro Atlanta Chamber of Commerce. He has been named one of the “100 Most Influential Atlantans” by the Atlanta Business Chronicle for the last 10 years. Green currently serves on the Leadership Atlanta Board of Trustees, the Board of the Atlanta Convention & Visitors Bureau, the Board and Executive Committee of the International Downtown Association, and The Emory University Board of Visitors, and is a member of the Rotary Club of Atlanta. 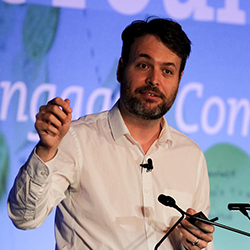 The Importance of Public Spaces in Midtown's Future

Matthew Lister is a partner and managing director of Gehl Studio New York. He will examine the near-term opportunity for Midtown to create a network of outdoor plazas and parks that can enhance quality of life for everyone who spends time in the district.  A creative placemaker, real estate strategist and designer, Matthew focuses on the intersection of real estate strategy and the design and activation of great public spaces. Often working at multiple scales with both private and public clients, Lister works to develop aspirational yet economically sustainable and implementable solutions. He also brings expertise in collaborative engagement with diverse communities in the urban change and development process.

Purchase Your Tickets Now for the 2022 Midtown Alliance Annual Meeting

We're excited to reunite at the Fox Theatre on Monday morning, March 21 and imagine together the future of our City.