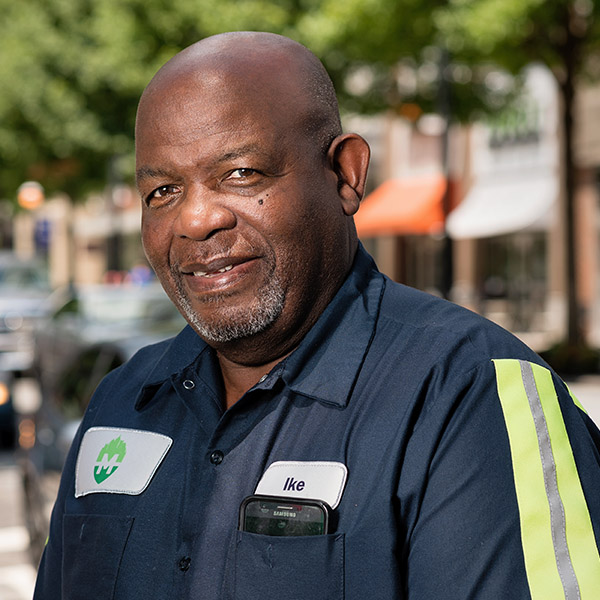 Ike has worked in Midtown for nearly 40 years, loves the environment here and enjoys watching the district grow. He joined the Midtown Green team in 2009, where he performs multiple jobs on his shift, including trash and debris removal and operating an ATLV that vacuums the curb. Ike was a Lead Inspector for Warren Refrigeration for 30 years, and he has also worked at the Midtown Exxon as a Night Manager. In 2013, Ike was recognized as Employee of the Year for outstanding performance. He holds his certification as a commercial refrigeration technician from Atlanta Area Tech.