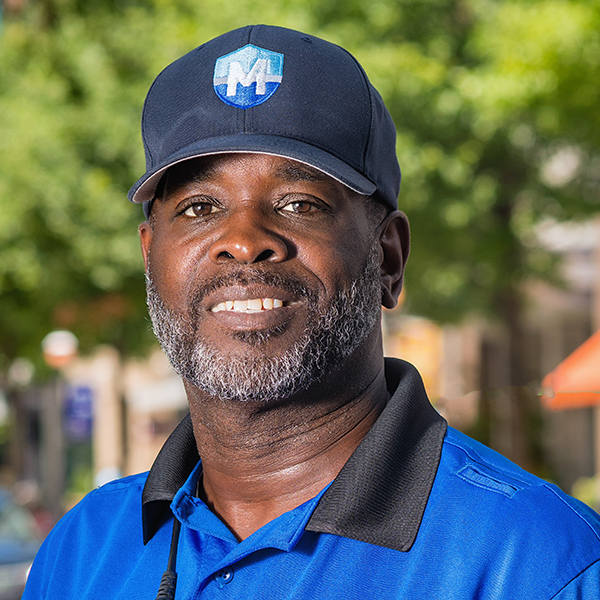 Reggie is the evening shift leader for Midtown Blue. Before joining Midtown Alliance in 2015, he worked in security for Bank of America, Walden Security and Murray Guard. Reggie spent time in the United States Army where he was a Military Police Officer and served in Operation Desert Storm. He then became a member of the National Guard 78th MP Company in Monroe, Georgia. Reggie's perfect day when he's not on patrol in Midtown would include a good cup of coffee and unlimited fishing.