Midtown Atlanta is set for a year of unprecedented growth, with more public improvement projects than ever set to break ground in 2020. Construction is slated to start later this year and continue throughout the next few years, and the City of Atlanta and Midtown Alliance have impact mitigation plans in place to keep the district running smoothly.

The total estimated value of public improvement projects in the pipeline is currently $47 million, with funds coming from the Midtown Improvement District, the City of Atlanta, the Federal Highway Administration, the Federal Transit Administration and other private partners. Tap or click the map to zoom in.

The larger projects scheduled to break ground this year include:

Running in opposite directions North and South, Juniper Street and Piedmont Avenue function as a pair and serve as an important transition between the mixed-use commercial district and the single-family neighborhoods to the east.

Improvements to Juniper Street were first proposed in 2010, but the project experienced years of delays due to federal and state environmental requirements, including the discovery of buried historic streetcar tracks under the existing pavement. This $8.7 million project spans twelve blocks between 14th Street and Ponce de Leon Ave and will deliver a high-quality protected bike lane and improved pedestrian amenities, while also ensuring that vehicular traffic moves through at a steady and calmer pace. 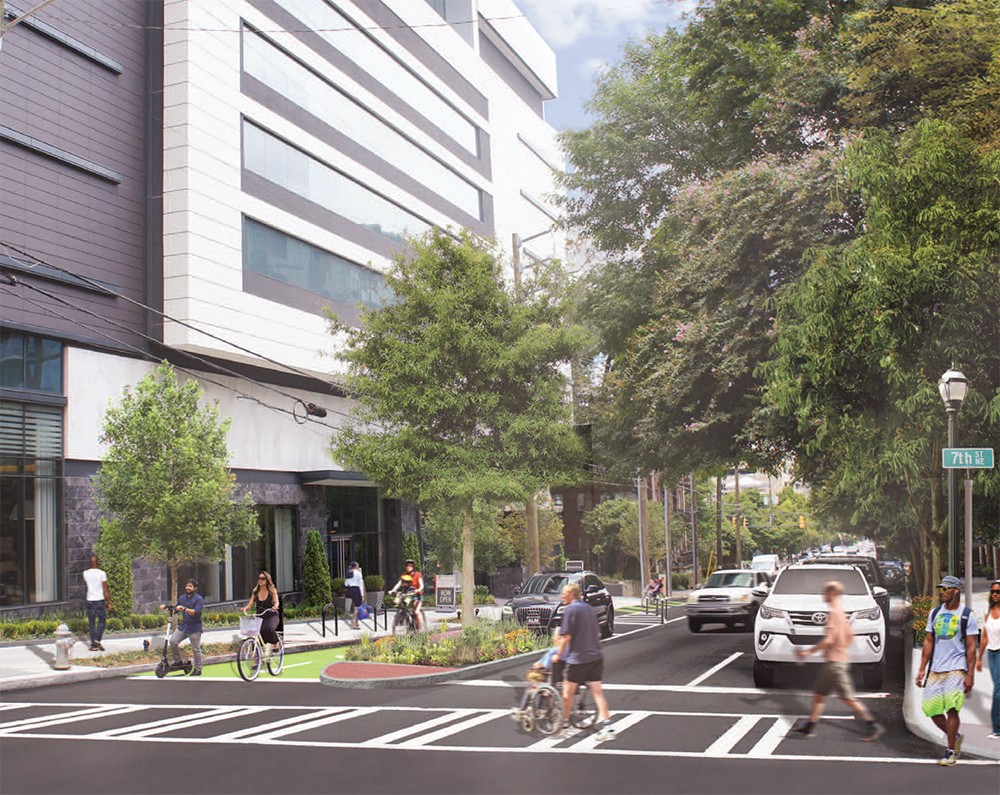 We are targeting early 2020 to advertise for construction bids, with construction starting July 2020, and an estimated duration of 18 to 24 months. Follow our progress here.

The Piedmont Avenue Complete Street Project runs from Ponce de Leon to 15th Street and includes a northbound protected bike lane to complement Juniper’s planned southbound bike lane. The City of Atlanta will contribute an anticipated $3 million in Renew/TSPLOST funds towards this project, and the Midtown Improvement District has committed $2.2 million. Construction is estimated to begin in mid-2020. You can follow this project here.

In September 2019, the City of Atlanta announced a two-year, $5 million plan to accelerate safety designs on more than 20 Atlanta corridors. The Action Plan for Safer Streets includes rapid implementation changes for Spring and West Peachtree Streets.  These are two one-way corridors that work as a pair that have long been eyed for potential safety improvements. Midtown Alliance is working with the City to design and implement near-term safety improvements that include the addition of a protected bike lane for the length of these corridors in Midtown, at least north to 14th St. Check out the project’s webpage here.

In support of the Mayor's Action Plan for Safer Streets, a public meeting will be held February 3 from 6-8 p.m. at St. Luke's Episcopal Church about plans for Spring and West Peachtree, in addition to Piedmont Ave. 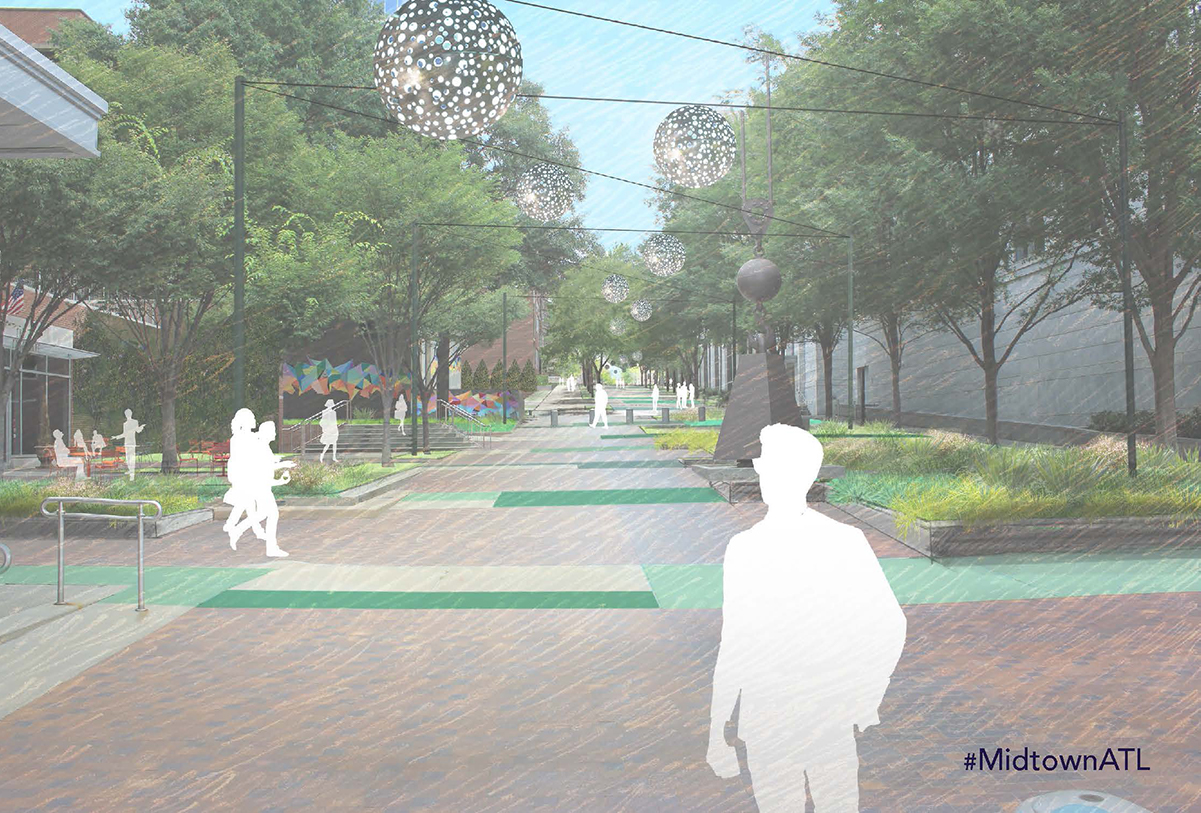 Midtown Alliance and its partners are looking to reinforce the district’s identity as the “heart of the arts” by creating a pedestrian promenade, shared street and linear park with public art between the Midtown and Arts Center MARTA Stations along Peachtree Walk. The half-mile Art Walk will deliver a highly visual and interactive urban experience with numerous art installations. If developers are willing, it also could offer galleries, artist studios and street-level dining in mixed-use developments.

The first phase of Art Walk will be implemented between 10th Street and 11th Street. Construction is slated to start in the third quarter of this year, with a total Phase 1 budget of $3.8 million.

“This will be a very busy year for delivering significant enhancements on the public right-of-way in Midtown,” said Midtown Alliance CEO and President Kevin Green. “We’re excited to see these projects come to fruition after a lengthy design and approval process.”

Get the latest on all of Midtown Alliance’s projects here. You can also sign up to receive Capital Improvements updates via text or email, and follow along with our monthly construction updates.

MARTA Army Provides Vital Support During Pandemic
MARTA currently has no shortage of challenges keeping it busy: its ridership - and therefore revenue - are still down due to COVID, and there are a number of new protocols in place it must meet to keep employees and riders safe. Fortunately for the transit agency, it has also had MARTA Army, an enthusiastic local nonprofit partner in its corner throughout the past year to help support its mission. 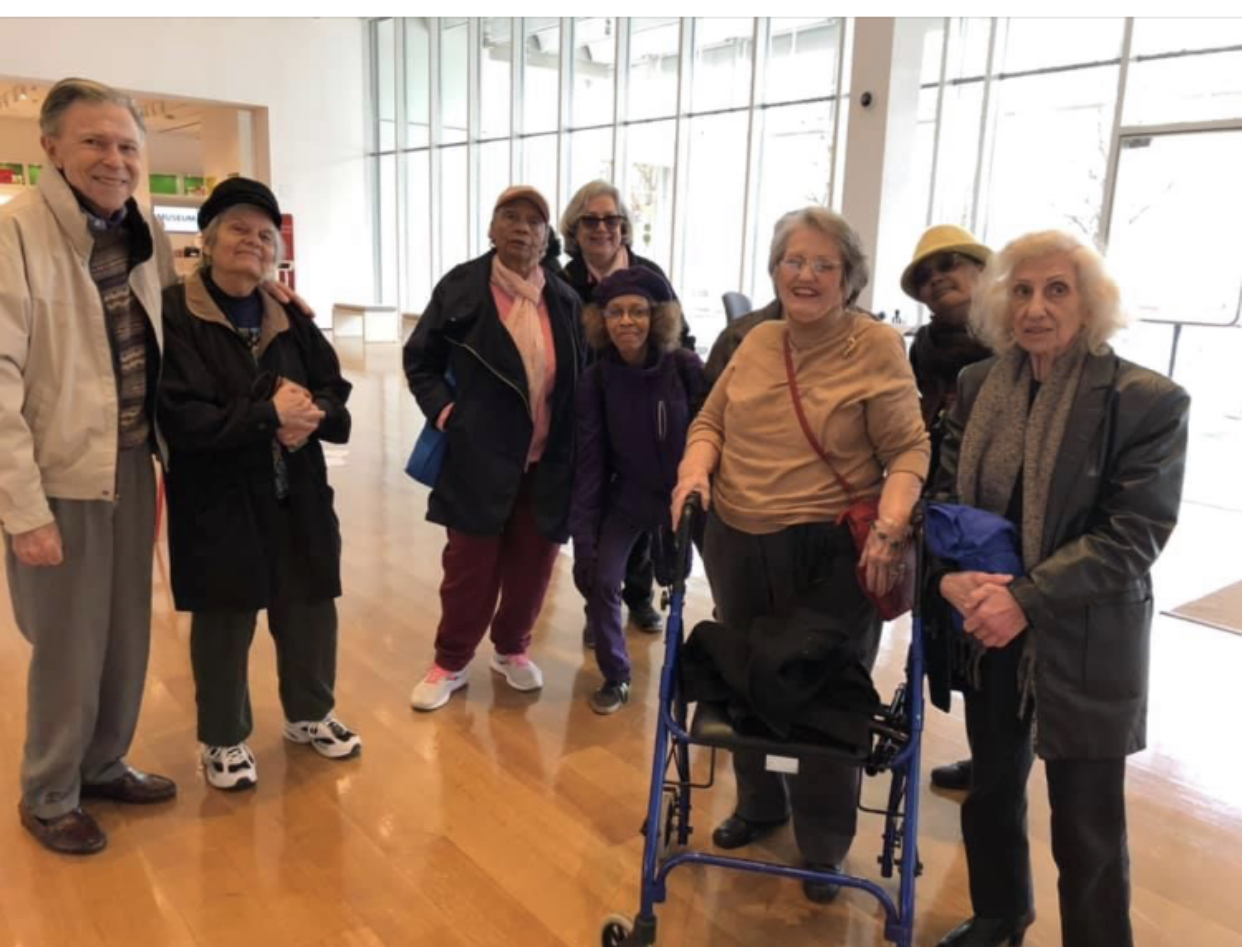