Midtown restaurant gave out 50K pounds of food over the weekend to restaurant workers and Atlanta Mission. 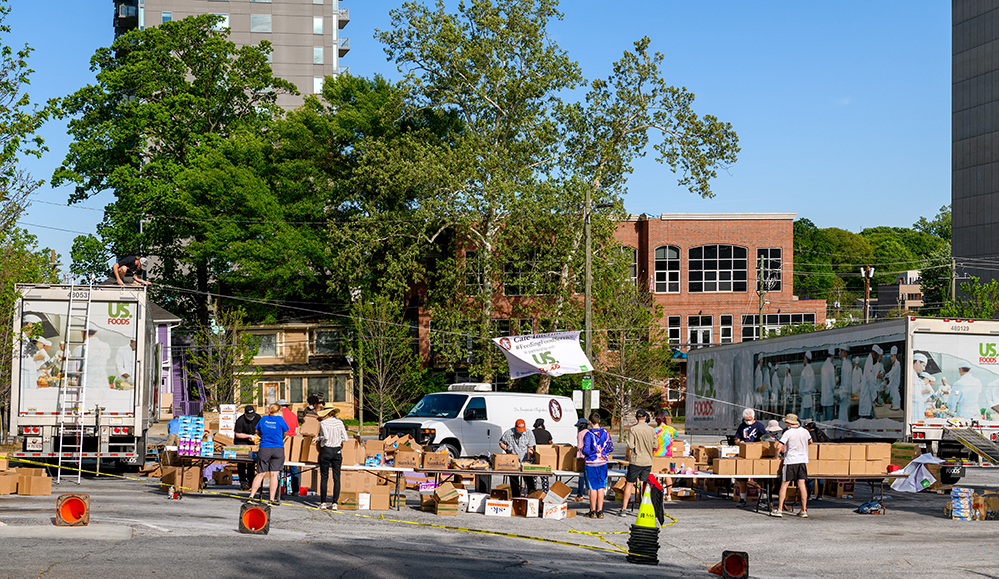 A local restaurant chain with a prominent location in Midtown banded together with sponsors and volunteers to feed about 28,000 people in need on April 10 and 11.

After helping to promote Cafe Intermezzo’s event on social media, I volunteered Friday and Saturday to help unload trucks and pack food boxes for people out-of-work in the food service industry due to the COVID-19 pandemic. Here’s what my experience was like and how the event turned out.

Cafe Intermezzo pulled together the food giveaway in less than a week after holding a smaller event in March when it gave out 4,000 meals. After seeing such a large turnout, owners Brian Olson and Paige Olson and president William Pitts reached out to potential sponsors with an idea to host something even larger — a two-day effort to give out 2,500 grocery boxes that each could feed up to four people.

U.S. Foods delivered 50,000 pounds of food in two semi trucks, and other companies also enthusiastically signed on. SpeedPro Image provided the signage, WestRock retooled its operations to produce boxes for the food, and others including NCR, Bulldog Movers and Dewberry Group also offered financial or in-kind donations.

The set-up in the surface parking lot at the corner of 11th and Peachtree Streets was impressive, with refrigerated semi-trucks, tables that doubled as an assembly line and a crew that helped cars form a line that wrapped around the parking lot. But the level of volunteer support was also astounding — some employees of Cafe Intermezzo decided to pitch in while off-the-clock, as did many others in the community who simply heard about the drive on social media or by word of mouth.

Pitts estimates that at least 120 Atlantans volunteered their time over the course of the event. Volunteers wore masks and gloves, and did their best to practice social distancing while packing up the thousands of boxes full of bread, bacon, potatoes, eggs, pastries, fruit and yogurt.

I spent most of my time unpacking potatoes, and though there were plenty of physically stronger people around to help me unload the 50-pound bags from the trucks, rooting through bags of potatoes can be a dirty job.

But despite the bright sun, the heavy lifting and the fast pace — the goal was to get the food packed into boxes and back into the refrigerated trucks as quickly as possible — every volunteer I interacted with was in good spirits. We all knew someone whose job in the restaurant industry had been impacted by COVID-19, and we all wanted to play any role possible to help bring them some relief.

“The servant’s heart that came out in everybody was so incredible to see,” Pitts told me after the event. “Everyone came together for the common good.”

Cafe Intermezzo and its volunteers quickly realized that the food supplied could feed far more than the 10,000 people originally anticipated, so the boxes were filled to the brim to feed up to 10 people each instead of four. We also packed 300 more than expected, bringing the total to 2,800 boxes and up to 28,000 meals.

“It was really neat to put these boxes together on a special weekend and give people a little nourishment and a little hope,” Pitts said.

By the time the event ended, there were still some unclaimed boxes. So Cafe Intermezzo called Goodr, a local sustainable food waste management company, to pick up what was left and distribute to Atlanta Mission. There were also 640 pounds of eggs left over, so Pitts called Linton Hopkins and arranged for them to be served by restaurants that are part of the chef’s restaurant group.

“Everyone was really thankful, and this morning I poked around [on social media] and saw that some people had made big Easter brunches for their family,” Pitts said.

Although he and his restaurant employees are taking time to regroup after such a hectic week, Pitts said he is “absolutely” interested in holding a similar event in the future.

“Needs are only going to get greater as time goes on,” he said. “We can’t do it by ourselves, so it’s all about getting the right people and sponsors on board.”

Follow Cafe Intermezzo on social media to find out how to get involved with future events. We've compiled a list of ways to help those in need on our website, and collected some stories of people showing each other acts of kindness during the COVID-19 pandemic here. 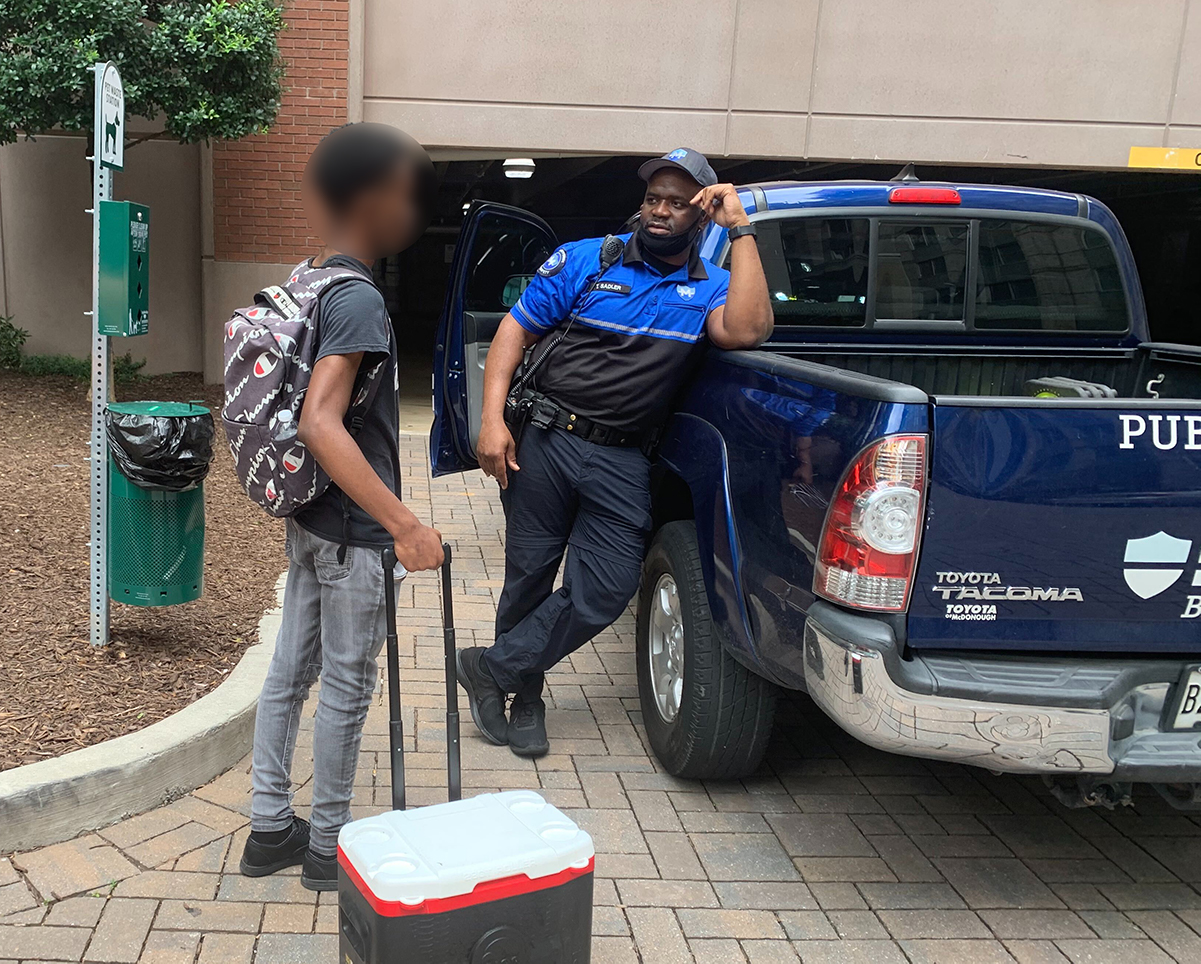 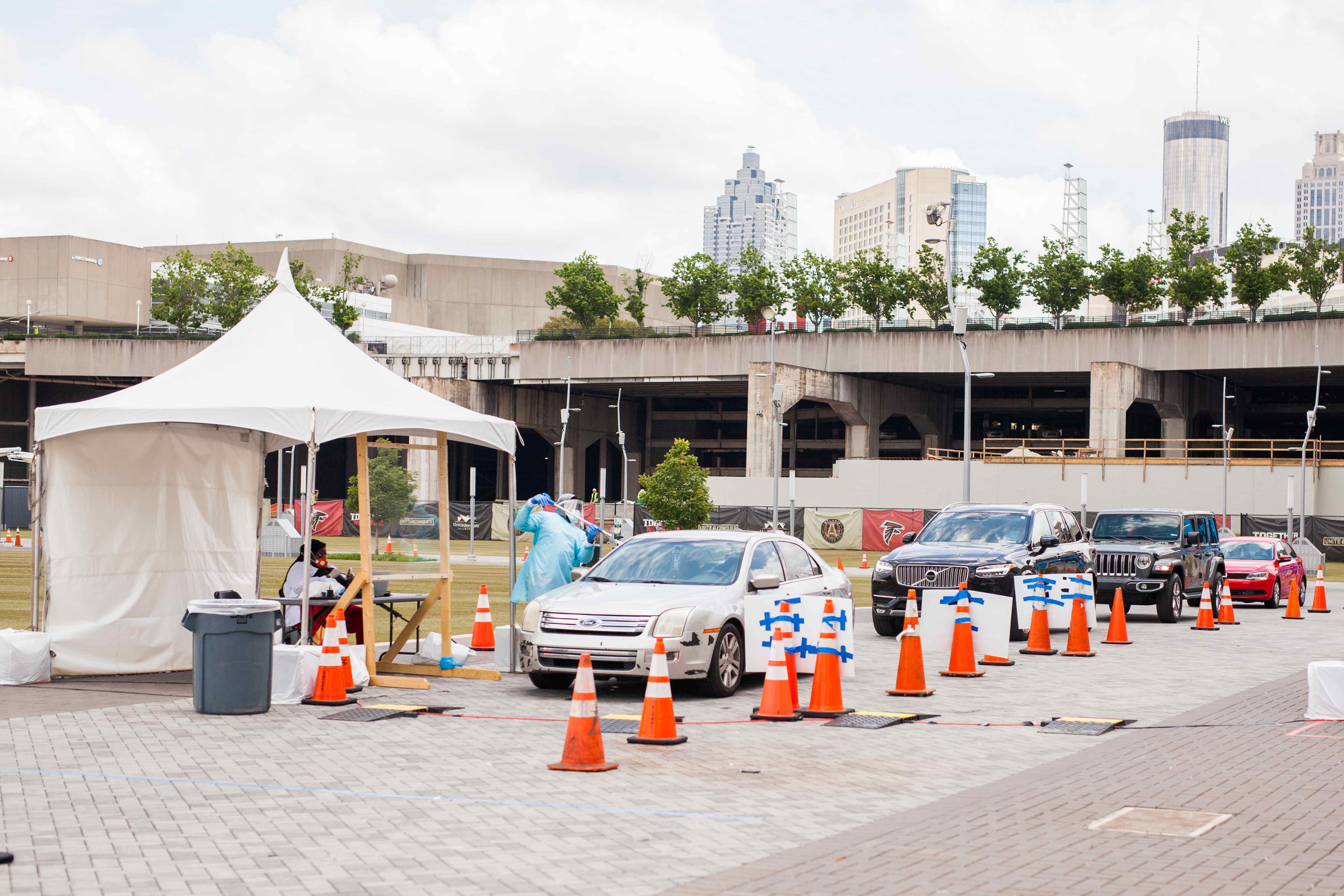 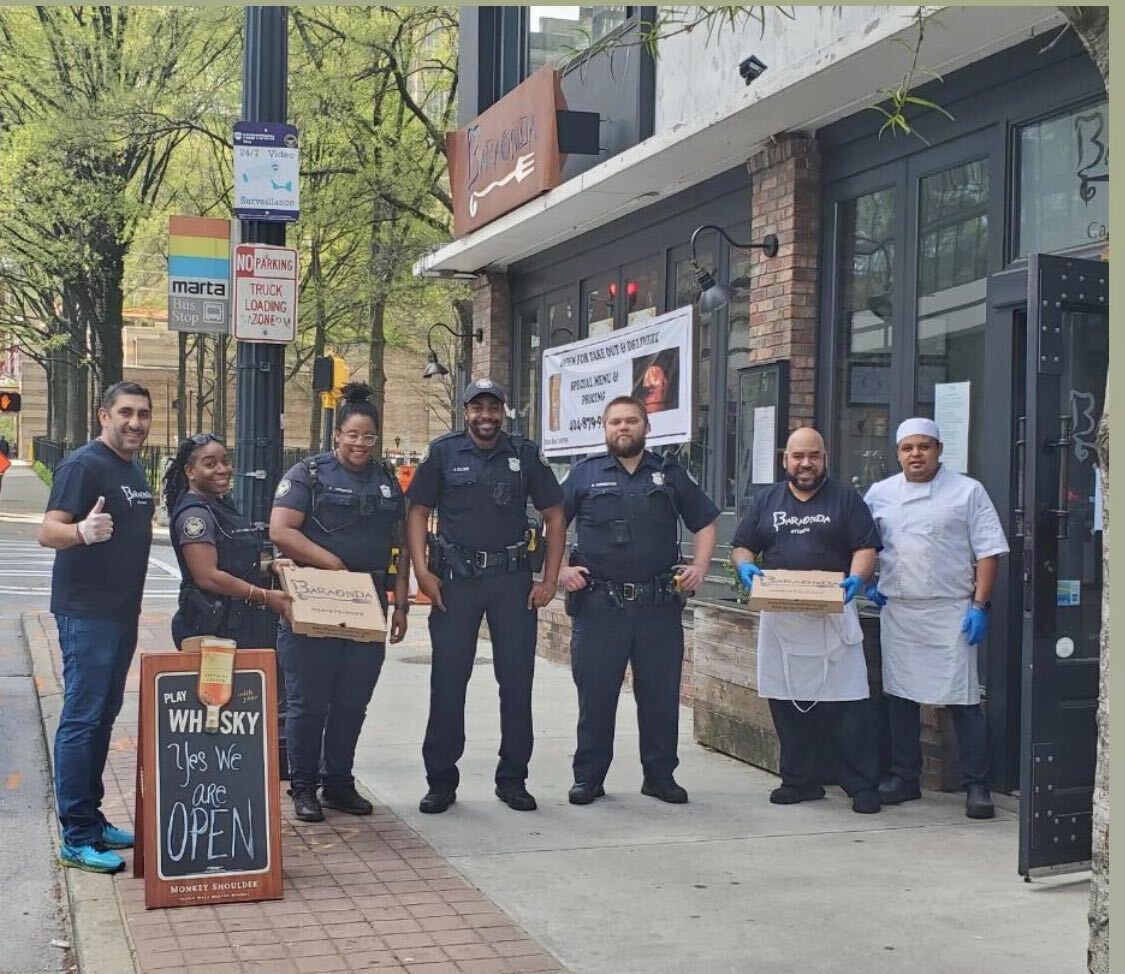 Midtown ATL Cares: Acts of Compassion During COVID-19
Cases of coronavirus in Georgia have surpassed 5,000, with numbers rising by the day. Atlanta is in lockdown mode, and still, somehow, people are finding ways to help each other like never before.