It's a challenge in cities across the US that has found a home in Atlanta, but with no easy answers.

Street racing has become a hot topic for 2020. Whether in Midtown or many other areas of the City, you’ve likely seen or heard more cars racing at high speeds in the months since the pandemic has set-in. Likely tempted at least initially by emptier streets, according to Atlanta Police Department the number of 911 calls for service mentioning “drag,” “racing” or “donuts” went from 36 in February 2020 to more than 500 in October 2020. Inquiries to our Midtown Blue dispatch phone line have followed a similar trajectory.

Do a web search for “street racing” and it’s clear that this is a challenge in cities across the US that has found a home in Atlanta, but with no easy answers.

Among the challenges has been the widespread and random nature of the incidents, a “no-chase” policy in effect for APD which makes it much more difficult to apprehend violators, and the fact that the Atlanta Municipal Court has been closed since March due to COVID, so approximately 500 people who have received citations for street racing in Atlanta in 2020 haven’t had to pay fines or go before a judge yet.

This issue is now top of mind for City leaders and APD. Here’s the latest.

On November 2, 2020, and after hours of public comment on the issue, the Atlanta City Council approved an ordinance that will jail offenders engaging in street racing and require an arraignment hearing in Atlanta Municipal Court before bond is set. This way, a judge will make a determination of bond, amount and conditions based on the facts of the case. In anticipation of City Council action, a temporary order was in effect starting mid-October requiring street racers to appear before a judge instead of being released on a signature bond.

“Midtown, along with Downtown and Buckhead have been hit particularly hard over the past four to five months,” Farokhi said during an interview with Midtown Alliance on Oct. 30.

“With this illegal activity, the solutions require enforcement of existing traffic laws by APD, creative approaches to narrowing streets or altering street design, [involvement of] of the city courts who will hear and process the citations that are issued and potentially some changes to state law to allow for higher fines and looser restrictions on car impounding,” Farokhi said.

He added that the noise and dangerous nature of the activity itself is “diminishing the quality of life for tens of thousands of Atlantans.”

“All the municipal laws we need are in effect and in place,” Farokhi said. “I think at this stage it’s about making sure enforcement can be at its highest so we can issue fines and impound vehicles.”

The City of Atlanta’s courts have reopened as of October 26, but with multiple COVID precautions, limited capacity and a large backlog of citations.

Whether the immediate prospect of waiting in jail awaiting an arraignment hearing will serve to deter Fast & Furious wannabees is among many open questions. It also hinges on APD being in a position to apprehend and arrest them.

Your Role in a Safer Midtown

If you see a street racing event where vehicles are speeding and laying drag - which is different than a motorist revving their engine in normal traffic conditions - call 911 first. Then call Midtown Blue at 404-817-0500. 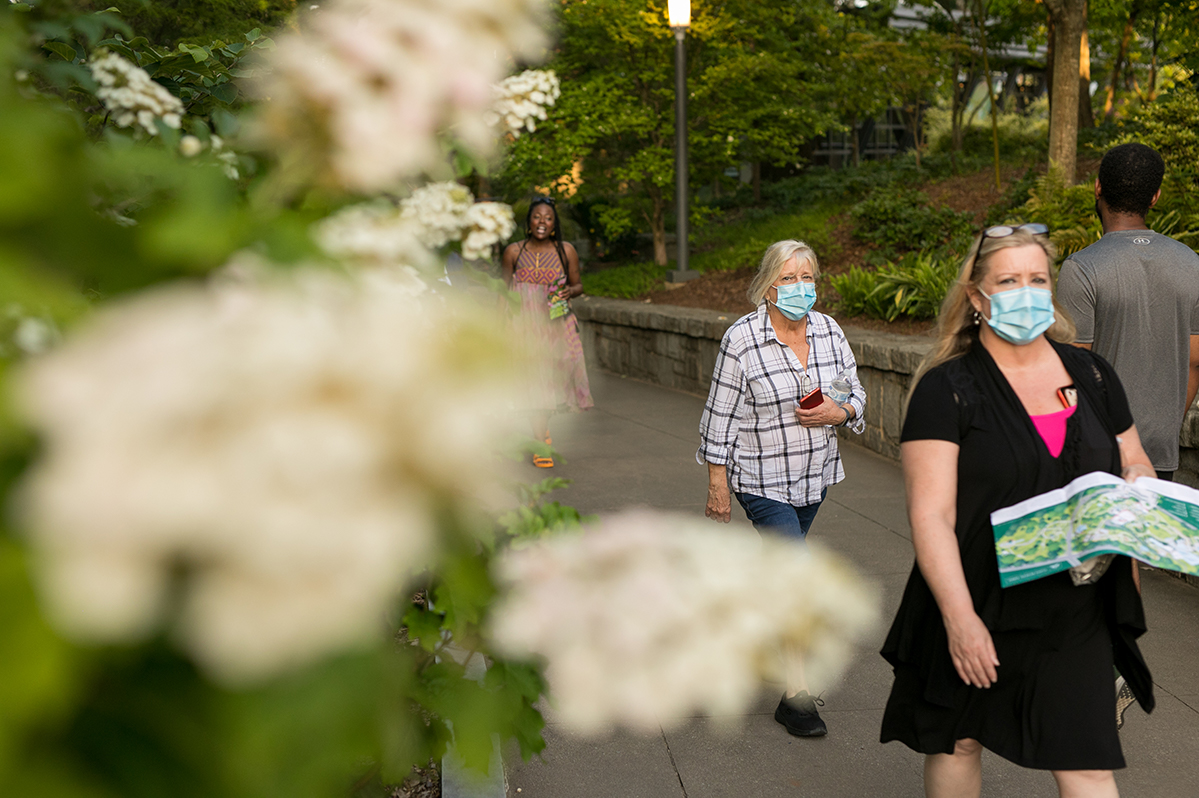