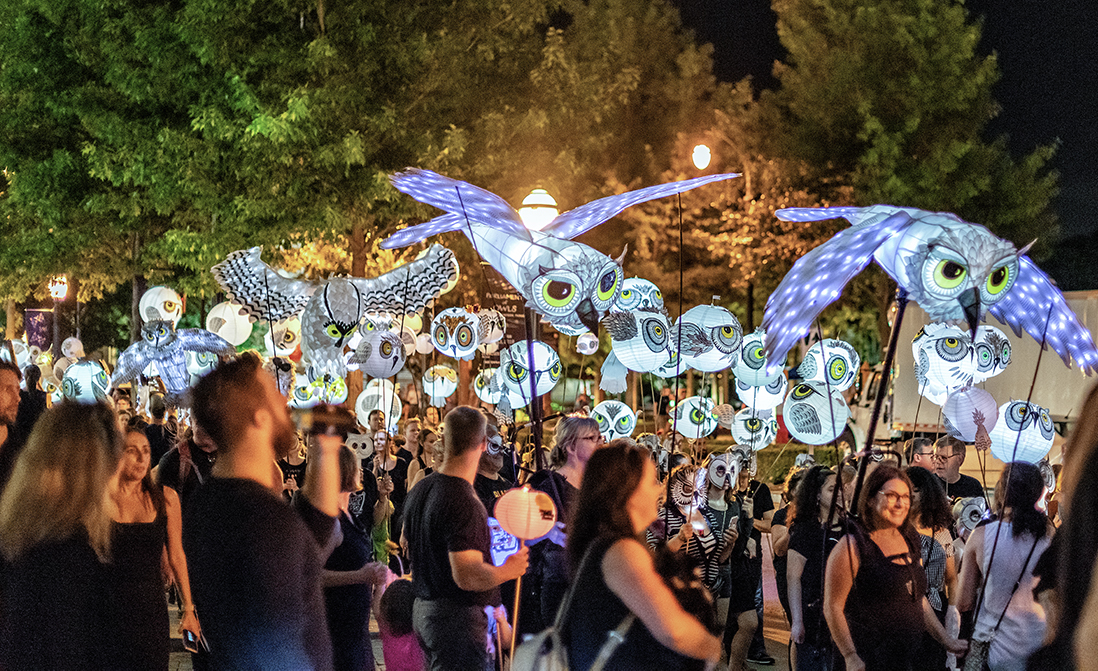 The Parliament of Owls lantern parade is back! Mark your calendars and get ready to flock with us in Midtown once again.

The parade will take place on Saturday evening, August 14 featuring a second-line band and a flight path that begins at The Plaza at Colony Square. The entire event takes place outdoors.

Now in its third year, the Parliament of Owls lantern parade was founded by Chantelle Rytter, Atlanta BeltLine Parade co-creator, as a gift to Midtown during her year as an artist-in-residence at Cousins Properties’ Promenade building. In 2018, the parade drew 500 attendees, and the number of participants doubled in 2019 to 1,000.

The parade was not held in 2020 due to COVID-19, but it will move forward in 2021 with careful planning based on the increased availability of vaccinations and the decrease in overall cases.

“Cheers to ‘twenty-twenty-won-derful’ that we get to have a parade together in the street again,” Rytter said.

Give An Owl Some Room

The parade is led by Rytter and her fellow puppeteers, Krewe of Grateful Gluttons, along with brass and percussion band Black Sheep Ensemble.

The parade is based on community participation, and everyone's invited. However, we ask that all attendees take their individual health and the health of all other guests seriously by complying with all updated public health guidance. Participants are asked to walk six feet behind the band and give each other generous space.

“Bringing the collective joy experience into peoples’ formerly isolated lives is great,” Rytter said “But you do not need to be all snuggled up. Give an owl some room. Spread your wings!”

Rytter named the parade “Parliament of Owls” because when owls flock, they are called a “parliament,” much like a group of wolves is called a pack. Rytter has created lots of elegantly weird owl lantern designs (with suitably offbeat names) that are easy enough for novice crafters to assemble at home from kits. They are illuminated with flashlights on the evening of the parade.

From the lanterns to the attire, Parliament of Owls is black and white themed. 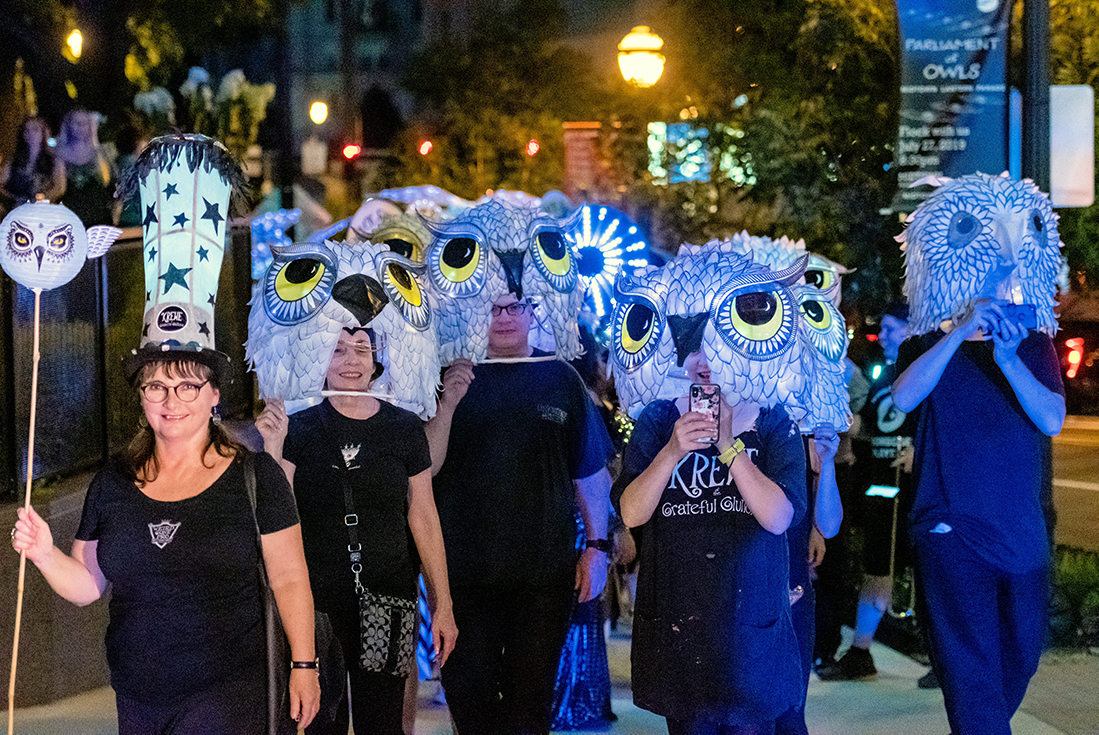 “I liked that I gave Midtown a fashion opportunity and they immediately dressed for it,” Rytter said. “We looked really great as a group. Go right on with your fashion, Midtown.”

The parade will follow the same route this year as in 2019, beginning at Colony Square, turning down Crescent Avenue, making a left onto 11th Street before making its way back down Peachtree to end where it began.

“Turning left onto Peachtree Street by Cafe Intermezzo is magic,” Rytter said. “There’s something victorious about marching on Peachtree with a band and being silly.”

Since the last parade, Colony Square has unveiled its new Plaza space as well as its food hall Politan Row, and both will play starring roles this year in the event.

“The cavernous, beautiful space of the Plaza with the sound from Black Sheep Ensemble, and the shadows from the owl lanterns will be amazing," she said.

Rytter and the Crew of Grateful Gluttons will host an Owl Lantern Workshop at The Plaza Patio at Colony Square on August 11 from 6 p.m. to 8 p.m. Drop in to make your own lantern for the parade based on one of Rytter’s designs. Cost is $15-$25. Bring your own snacks and drinks, or purchase them at Politan Row. Details here.

2. Make a free owl mask at Groovin in the Square.

During Colony Square’s live music events in the Plaza on August 6 and 13, you can make a free owl mask for the parade. Owl masks can also be downloaded and printed from Rytter’s website here.

Owl Lantern Kits will be available for purchase at Groovin’ on the Square, or you purchase an owl lantern kit at Shep’s Ace Hardware between August 7 and 14 and assemble it at home.

3. Stake out the best spot for spectating.

If you’d rather watch the parade while sipping a cocktail, there are several Midtown restaurants along the parade route that will offer an excellent patio view. These include Cafe Intermezzo, Lure, South City Kitchen and Publico ATL. See a map of the parade route here.

Here’s a replay of what you can expect if you join us for Parliament of Owls this year. We hope to see you there! 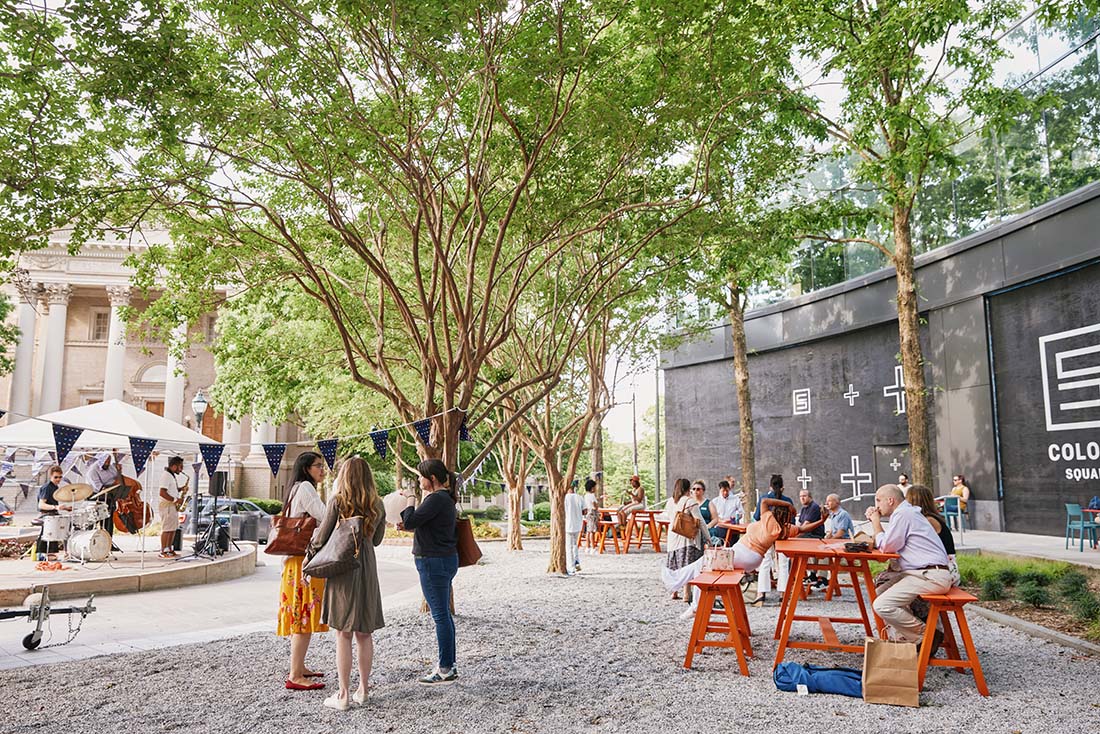 Check Out the Newly Renovated 15th Street Arts District Plaza
Midtown Alliance recently completed a maintenance project on the southeast and southwest corners of Arts District Plaza, and we’re unveiling these new upgrades with a new free Jazz series happening every Tuesday in May. 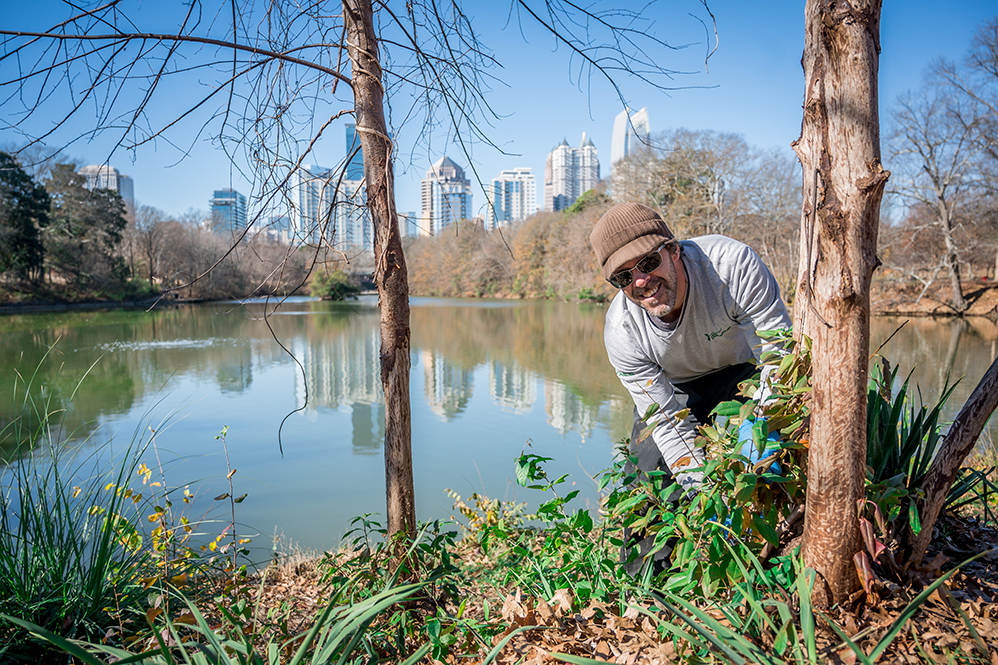 Piedmont Park Operations Team Maintains Tranquil Space During Pandemic
During a typical year, Piedmont Park regularly welcomes festivals, cultural and sporting events nearly every weekend. The pandemic brought a temporary pause to these large gatherings, but Atlantans have found they need the park’s wide open spaces more than ever — for exercise, for fresh air and for their mental health.