Quirky coffee bar Larakin is looking to bring you all of these things and more at its small new space on 12th Street. We spoke with owner Jordan Chambers, who formerly worked for Intelligentsia and owned a coffee bar at Emory Village, about why he’s betting on this tiny restaurant space and on Midtown.

Chambers is originally from Kansas City, Missouri, and he always “planned to get as far away from Missouri as he could.” He moved to Atlanta to attend a culinary school with a wine and beverage course, where he fell in love with gourmet coffee as well as wine.

He began working as a barista during his final months of school, behind the bar, he realized that he liked talking to people.Chambers worked for a coffee shop in Emory Village, which brewed everything to order using Chemexes — the first coffee shop in the United States to do so. The shop later became the second location of now-shuttered Atlanta coffee chain Octane.

Around 2009, Chambers and a colleague met an Australian crew who were impressed by their brewed coffee methods and invited them to come help run their roastery back home. 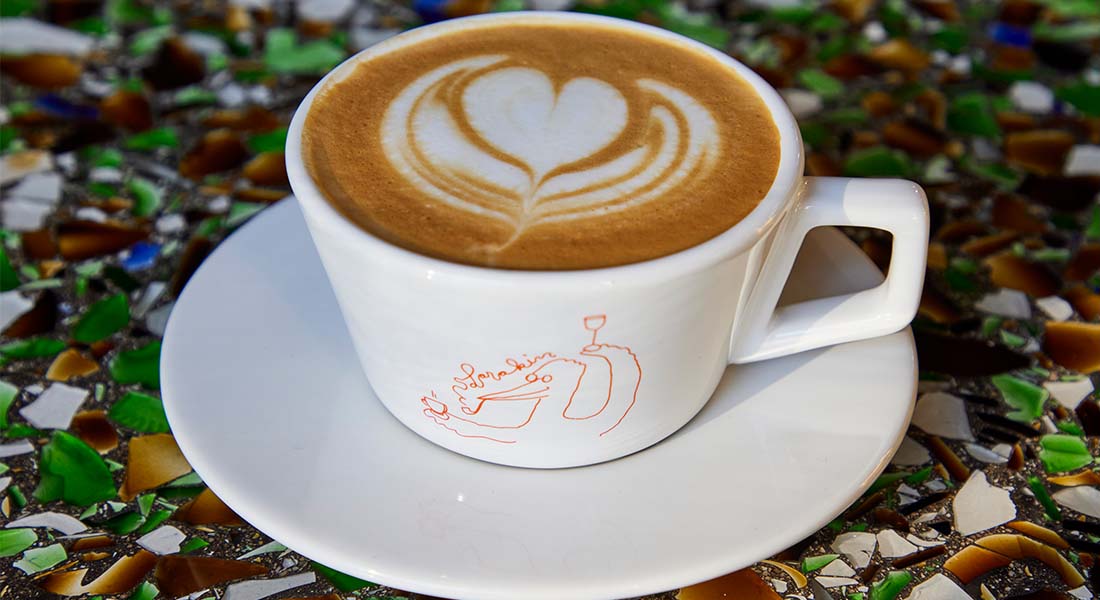 Chambers hatched a plan to move to Australia permanently, but he was forced to move back to the United States when he couldn’t get a work visa. He came back to Atlanta and co-owned and operated a coffee shop for a time. Then, Chicago-based Intelligentsia Coffee & Tea hired him to start traveling to different cities as a consultant who trained staff at restaurants, coffee shops and hotels.

“I had the ability to travel the country for eight years, meeting every type of person you can imagine with different types of languages, and at the end of it all, convey to them how to just properly make coffee,” he said. “It’s a unique experience seeing places open up and drawing ideas from everything.”

Then, a lot of things happened within a short period: he tried to leave Atlanta for a second time by moving to Austin, and wound up moving back again. The pandemic hit. And he found out about a building under construction on 12th Street with a tiny footprint, no parking, and a cozy street-level space that he could envision as his very own coffee house and wine bar.

“With it being a very weird space, everyone saw hurdles with it,” he said. “But it all made sense to me.” 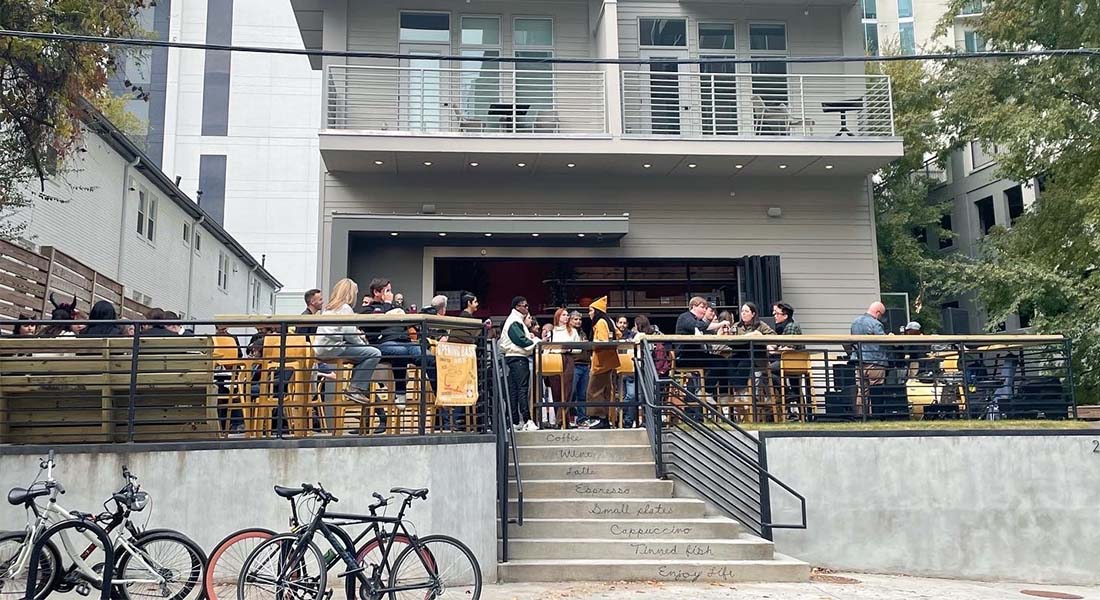 At under 400 square feet, there's no room for indoor dining space at Larakin — but it has ample gathering space on the patio.

An Australian-Style Coffee Bar in Midtown

Located at 208 12th Street, Larakin is surrounded by mostly residential space. It is on the ground floor of a new build with 13 short-term leasing units you can rent on VRBO and Airbnb. The space was always intended to be a bar or restaurant, meaning it has grease traps, plumbing, a restroom, electricity, and is already zoned as a commercial space.

“The skeleton is here, all I had to do was come in and make it happen,” Chambers said. “I like weird places and I like places that aren’t cookie-cutter. I love the idea that there’s no parking here, that the building has no elevator and it’s in the middle of all these high-rises.”

At just 378  square feet, Larakin doesn’t have the space for indoor seating. Chambers is taking advantage of the public’s post-pandemic appetite for outdoor dining, as well as ample patio space in front of the building, to create an al fresco cafe. The style is not unlike many he saw in Australia, he said, which is one reason he decided to call it “Larakin.” A “larrakin” is a slang term for “an uncultivated, rowdy but good-hearted person.” He loved the sound of it, but decided a slightly different spelling would look better in the cafe’s cursive logo and would make it easier to brand online.

“You see this a lot in Australia, these little hole-in-the-wall places, with people slinging espresso drinks,” he said. “They’ve got tiny kitchens, slinging really good food. That’s the same vibe we have going.” 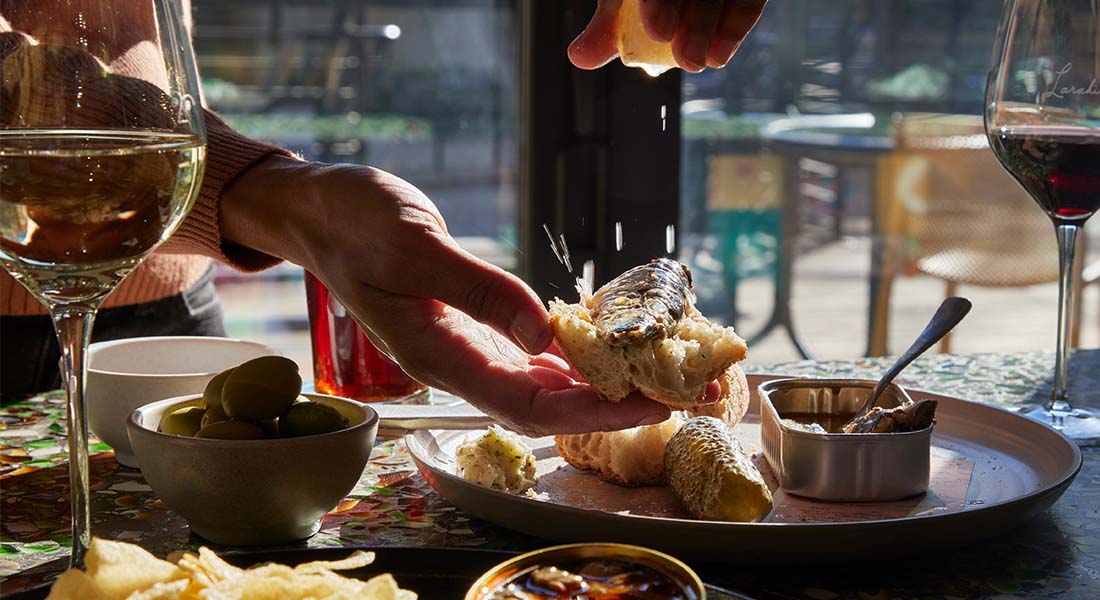 Tinned fish? If you're not a fan already, Larakin may convert you. Photo Credit: Sophia Van Dyk

By necessity, the food menu will be very limited: breakfast sandwiches, baguettes with smoked meats, cheeses — and tinned fish. Chambers is leaning into tinned fish as a specialty for the coffee bar because it is shelf stable, comes in hundreds of varieties, and it’s tasty. Chambers plans to stock up to 30 types at a time.

“I love tinned fish,” he said. “It’s healthy; it’s a great lunch snack. When looking at this place, with its four-by-six kitchen, we had to think about how to have good quality food here and produce it fast. Hopefully if someone is getting into tinned fish, people will tell them, “You should go over to Larakin in Midtown, they’ve got a great selection.’”

Chambers is also excited for the future of his block of 12th Street, just a block from Piedmont Park. His fellow friend in the coffee business, Danielle Glasky, is slated to open her own shop inside 12th and Everything, a mixed-use renovation of the building at the corner of 12th and Piedmont Avenue, which includes Skate Escape. A short walk away, Colony Square has a variety of retail options and other restaurants.

“When you travel to Toronto, Chicago, New York and other cities like that, there’s coffee and sandwich shops and everything across the street from each other,” he said. “And 12th Street just seems like the perfect place to make that happen.”

Growing into the Space

Last month, Larakin passed its health inspection and has its Certificate of Occupancy from the City of Atlanta. The restaurant is officially open for business, but Chambers plans to wait for 2023 to get his wine and beer license since the fee for it renews annually in January. Until then, patrons are free to BYOB.

Chambers plans to gradually add to the staff and menu, put some heaters on the patio for the cold weather months, and slowly but surely convert members of the community into Larakin regulars.

“I want to create a cool place where people who are like-minded will come here, and people who maybe aren’t used to this type of place will feel the vibe. And then one day you just find yourself thinking, ‘I don’t know why, but I’m here all the time.’” 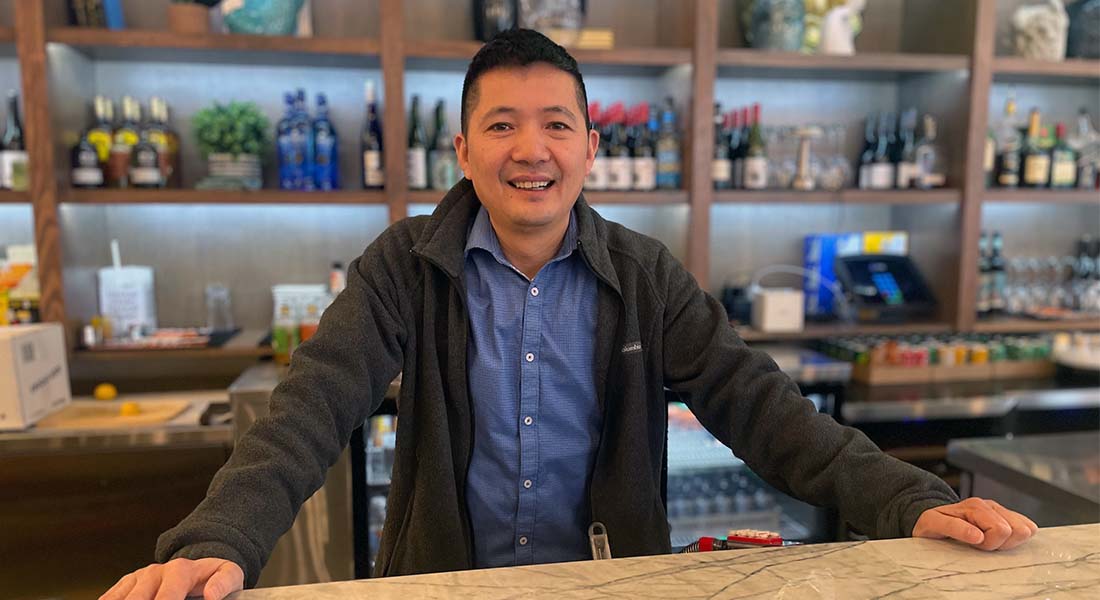 Urban Hai Brings Authentic Chinese Flavors to Midtown
Dumplings? Noodles? Peking duck? Why choose? You can haver all of these and more at Urban Hai on Crescent Avenue. 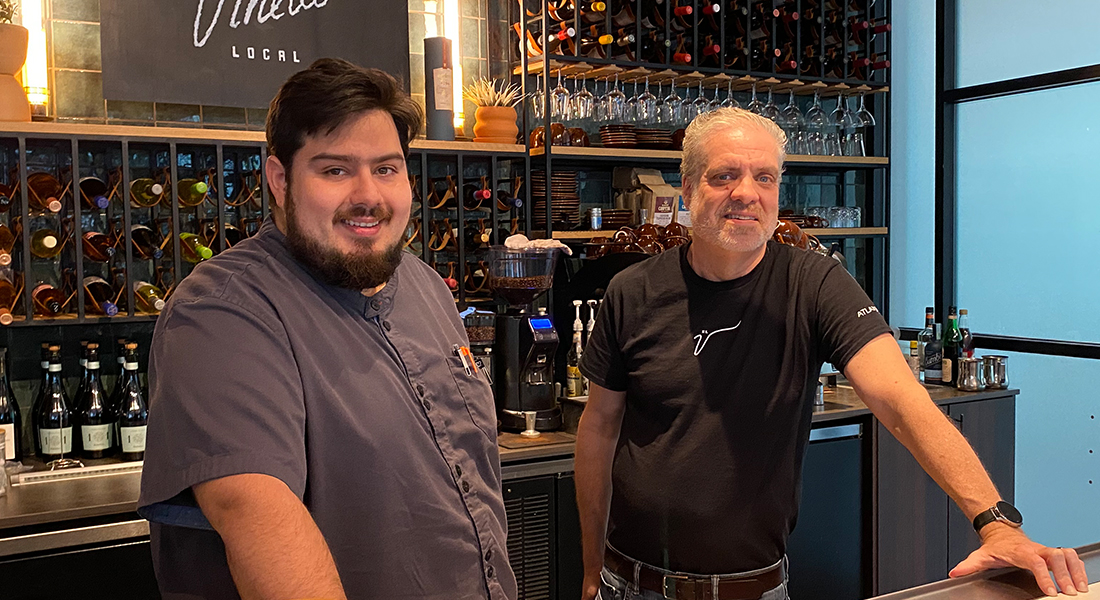 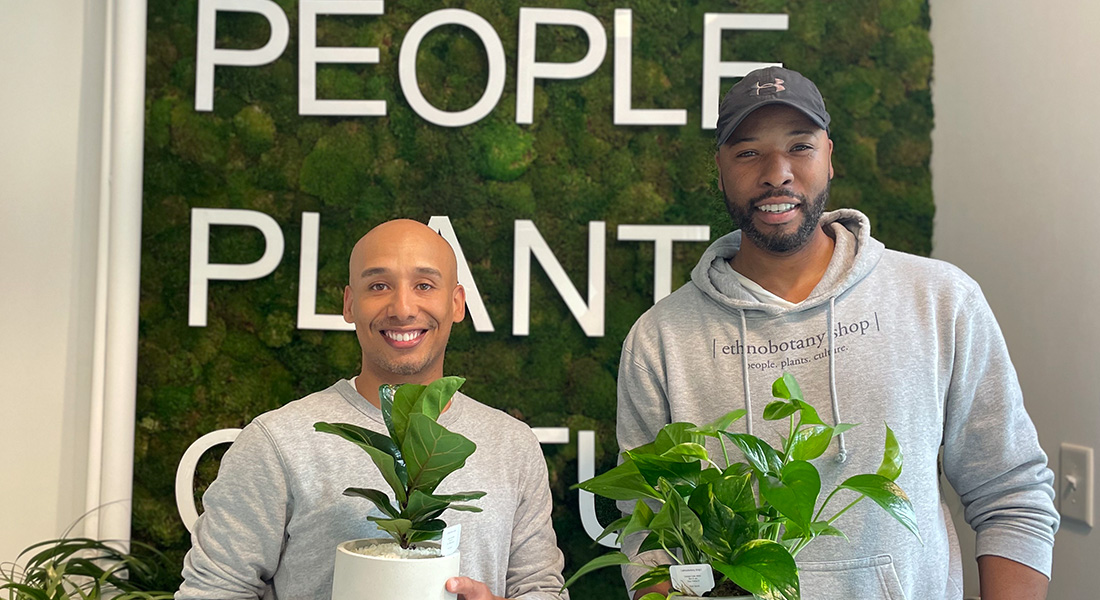