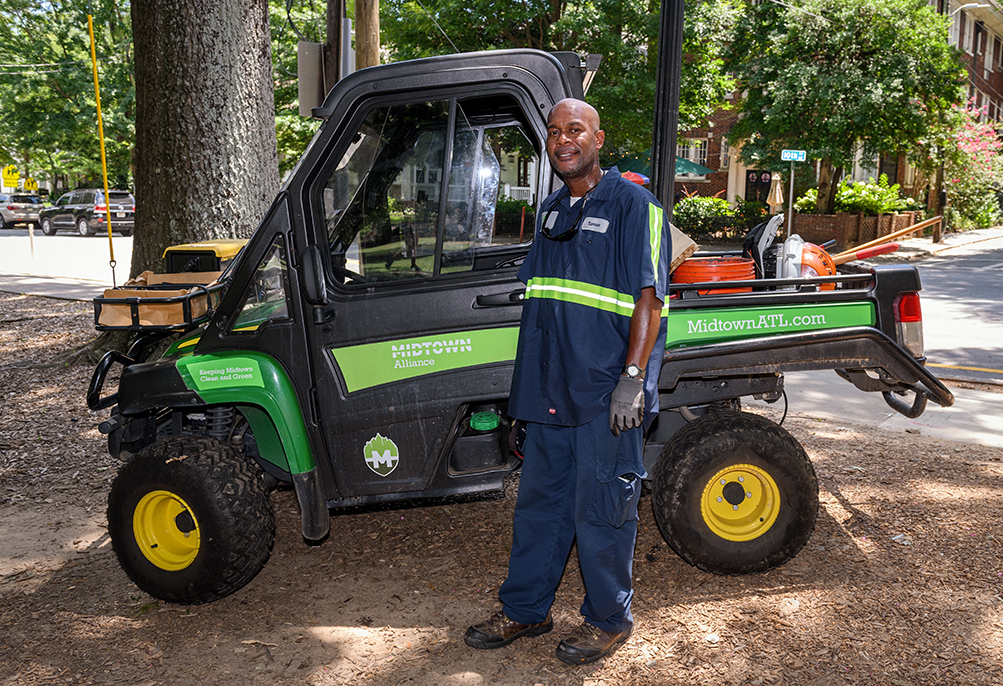 Much of the work accomplished by Midtown Green takes place behind the scenes, before residents and workers in the district even notice there’s an issue: removing trash and debris throughout the district. Keeping grass mowed and removing overgrown tree branches. Scrubbing away graffiti and sanitizing benches and other high-touch surfaces.

By being out on the streets performing these duties on a daily basis, the Green team sees more of Midtown than the average person. For Green Team Member Andre “Dre” Turner, who has worked for Midtown Green since 2007, that means seeing the district transform into a denser, more urban place.

“When I first started, I didn’t know too much about Midtown,” Turner said. “I only came to Midtown to pay my grandmother’s cable bill, back when the cable company’s offices used to be on West Peachtree. Now I know Midtown like the back of my hand.”

Turner has seen crumbling buildings demolished and replaced with sleek steel high-rises. He has watched entire blocks built from the ground up.

“A lot of good things have happened,” Turner said. “A lot of the old buildings that were torn down were eyesores or abandoned, so it’s good for them to be torn down and rebuilt. Midtown has become a little mini-city within itself.” 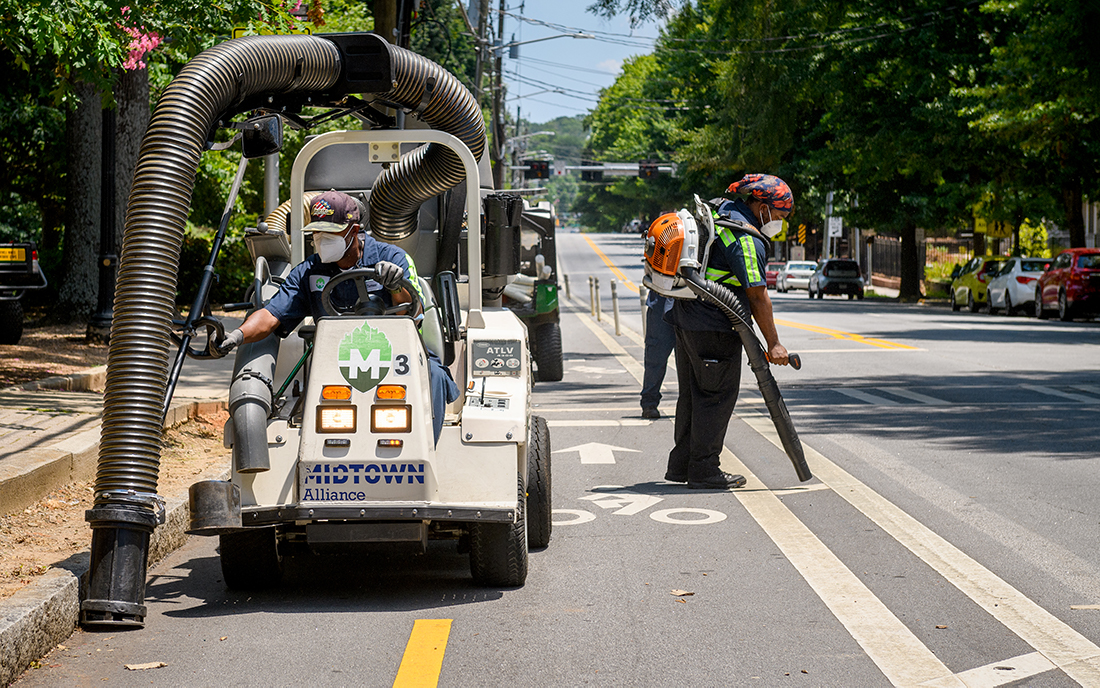 As part of the Midtown Green team, Andre Turner's duties include sanitizing high-touch areas, graffiti removal and cleaning trash and debris off the streets and sidewalks with an ATLV, or ride-on vacuum sweeper.

It’s Essential: Keeping Midtown Clean and Safe Through Every Season

These new residential and office buildings have brought thousands of new people into Midtown. At one point an average of 50 new residents were moving to Midtown each week, and the district has added 14,000 new jobs since 2016. Turner likes getting to meet new people every day while he’s on the job, but said the increase in people definitely has resulted in an increase in workload.

“It’s challenging now because there is so much going on,” he said. “So much construction, so many pedestrians and people driving. There is more to keep up with.”

The job is not for everybody, Turner said. The role includes working through the summer heat, but after growing up in Atlanta, Turner actually finds it most difficult when the temperatures drop during the winter.

When he first started the job 13 years ago, the Midtown Green team only had three employees, so it was critical that everyone on staff learn every part of the job in case someone got sick. The team has grown to about 10 employees, and the relationships Turner has formed with his coworkers are one of his favorite things about the job.

“What’s kept me around are the people you work with,” he said. “You learn something new every day. If you have a happy crew, you are going to have a happy customer.”

Sometimes Turner gets mistaken for a City of Atlanta employee or gets questions from people in Midtown about his job responsibilities, but people out walking on the streets tell him all the time that they appreciate the work he’s doing.

“Right now especially, they look at us like essential workers,” Turner said. “They know we’re out here trying to keep Midtown safe and clean for them.” 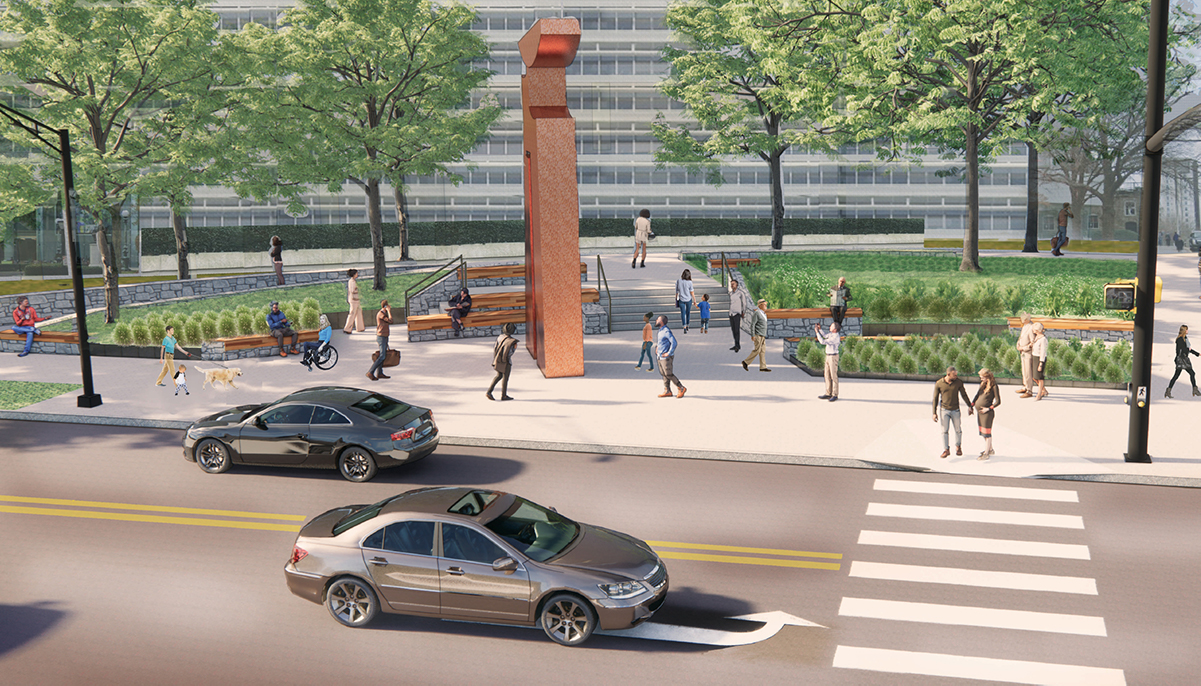