Working from Home Grows in Popularity in Metro Atlanta

Plus, Midtown workers are more likely than other groups to telework regularly 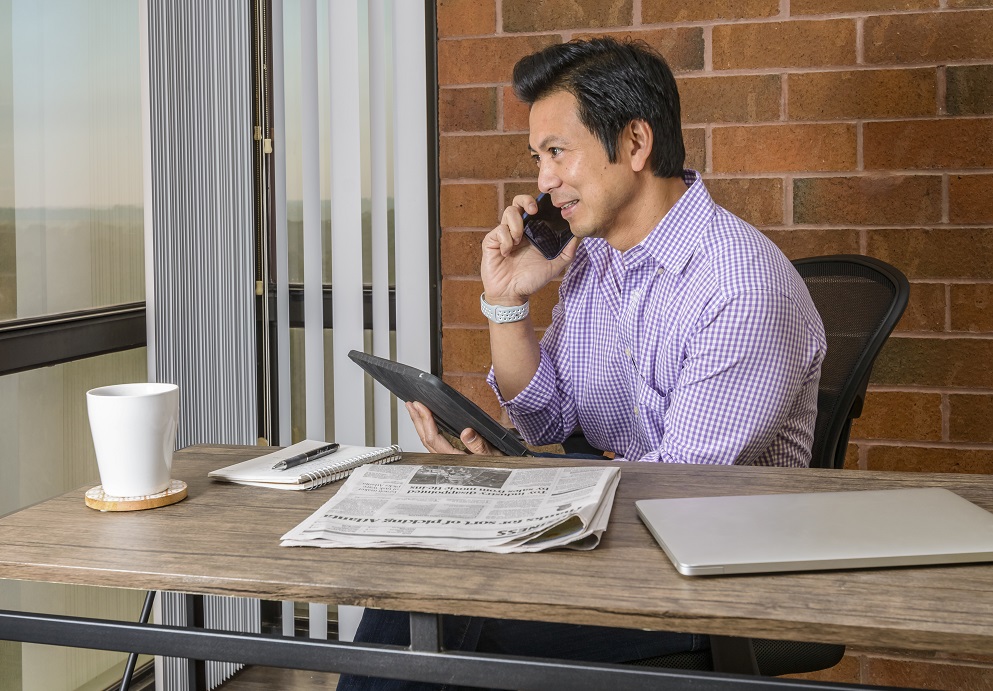 As society moves rapidly through the Digital Age, more and more Atlanta workers are choosing to plug in and work from home. Teleworking or working from home has seen a significant increase in popularity from 2008-2017, according to a new analysis of U.S. Census data by the Atlanta Regional Commission about Metro Atlanta residents’ commute patterns.

According to the Atlanta Regional Commission’s analysis of the data, while modes like driving and public transport have stayed relatively steady over this time period, “worked at home”—or teleworking—has grown by 39% from 5.7% of commuters to 7.3%. In the Midtown boundary defined by the Atlanta Regional Commission, an average of 9.52% of workers regularly worked from home over the time period 2013-2017, a significantly larger share than Metro Atlanta as a whole.

The US Census question measures travel mode by asking respondents “How did you usually get to work LAST WEEK?” This question restricts respondents to only selecting one option to indicate the single method of transportation used for the longest distance. The census data doesn't capture people who drive to transit (two commute modes) or employees worked from home one day that week. Thus, it is likely that the share of Metro Atlanta and Midtown residents who telework occasionally, such as one or two days a week, is higher than the survey captures.

John Kang is one Midtown employee who uses teleworking on a semi-regular basis. When he started a new job at Boston Consulting Group nine months ago, his employer, which generally supports flexible work arrangements when needed, encouraged him to incorporate teleworking into his commute.

“It just makes sense from a time and money perspective,” said Kang, who works from his home office on many Fridays. “It’s less time on the road and less gas expended.”

Teleworking is a clean commute, since it doesn’t contribute to the congestion and pollution that driving does. But benefits of teleworking extend far beyond taking a car off the road at rush hour; an increase in employee productivity, a decrease in stress and an ability to work overtime are all additional bonuses for occasional teleworking, reports Forbes.

Midtown Transportation can provide free resources to Midtown employers regarding instituting telework best practices at your workplace, including:

•    Connecting you with free consultants who can help design and implement a compressed work week program that fits your needs.
•    Assistance identifying appropriate job functions & departments that would be most conducive to telework or flextime programs.
•    Developing a telework/flextime policy, templates for telework/flextime agreements and related documents.
•    Assistance with educating and securing buy-in from managers.
•    Guidance in how to make current programs more efficient.
•    On-site training sessions for teleworkers and telemanagers.
•    Ongoing program evaluation and refinement. This include online surveys for documenting program impact. 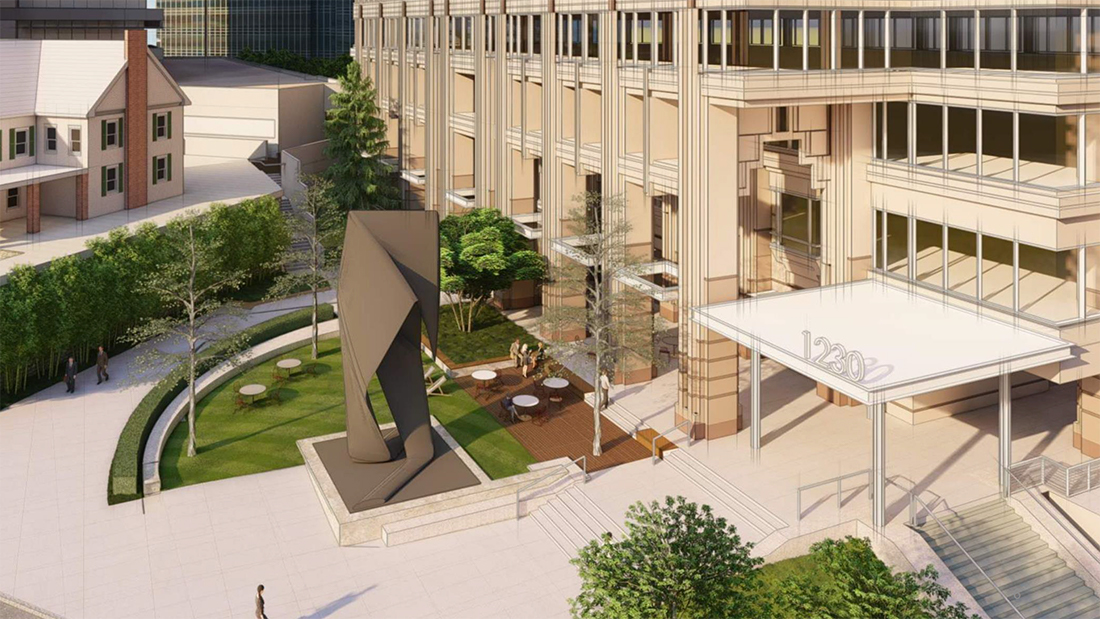 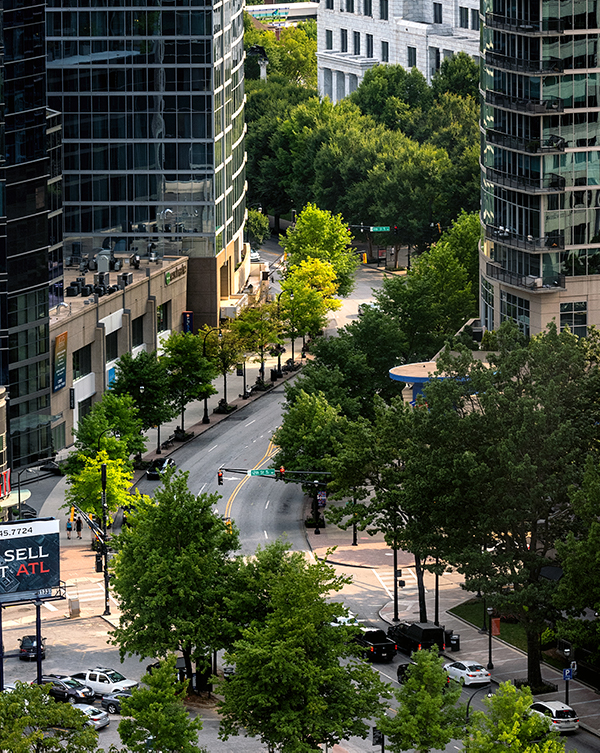 Major Tree Planting Project Taking Place in Midtown
Winter means sparse foliage and even sparser crowds in Midtown - and that means it’s the perfect time to replace any dying or fallen street trees. 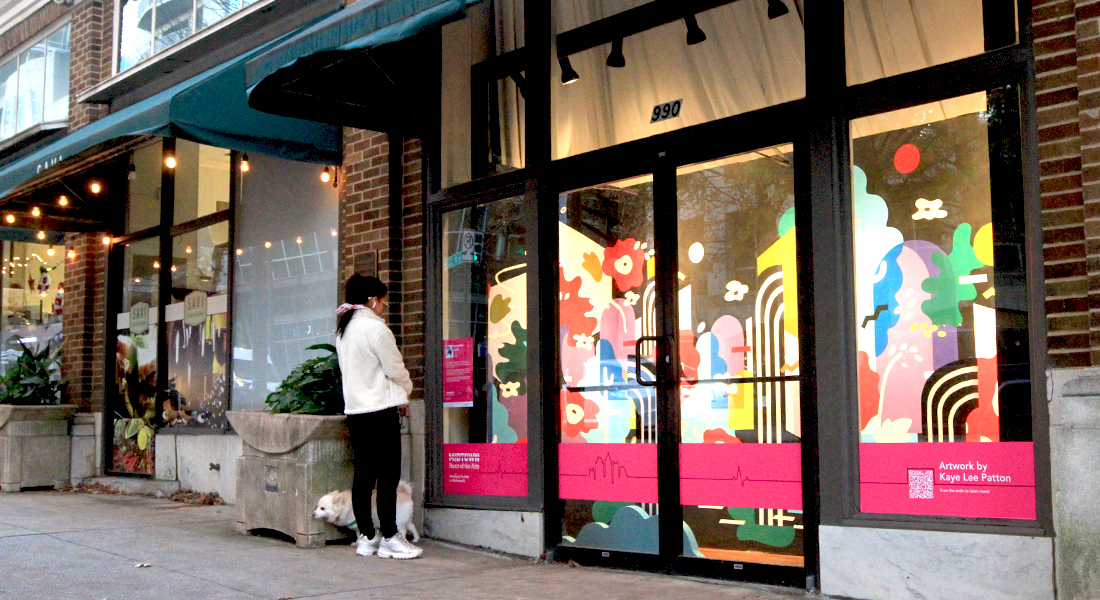