Get to Know Midtown's Conversation Peace

The sculpture’s title Conversation Peace is a play on the phrase “conversation piece,” meaning an interesting object that inspires conversation.

Conversation Peace is a sculptural interpretation of the game Rock-Paper-Scissors, a game that is believed to have originated in Asia around 200 BC, approximately the same time paper was invented. It became popular outside of Asia in the early 20th century through increased interaction between Asia and the west. And the game evolved into the hand gestures to the rock, paper and scissors we know today.

Artist Kevin Box used these objects to symbolize conflicting forces that have found balance, with “paper” winning the game by folding itself into a paper crane, an international symbol of peace. Box created this sculpture for Atlanta Botanical Garden’s upcoming "Origami in the Garden" exhibit, opening in mid-2022.

While Rock-Paper-Scissors is often used to settle lighthearted conflicts such as who gets the last piece of cake, serious conflicts require conversation and compromise in order for disputing parties to understand each other. 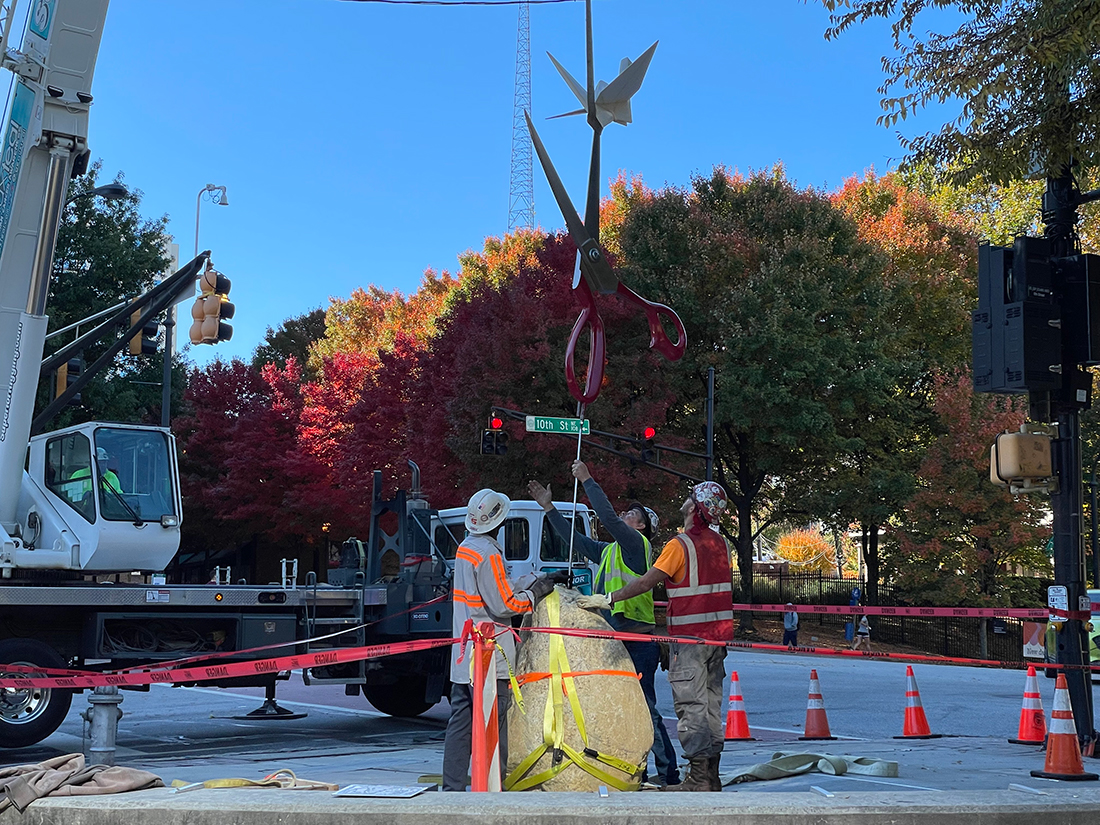 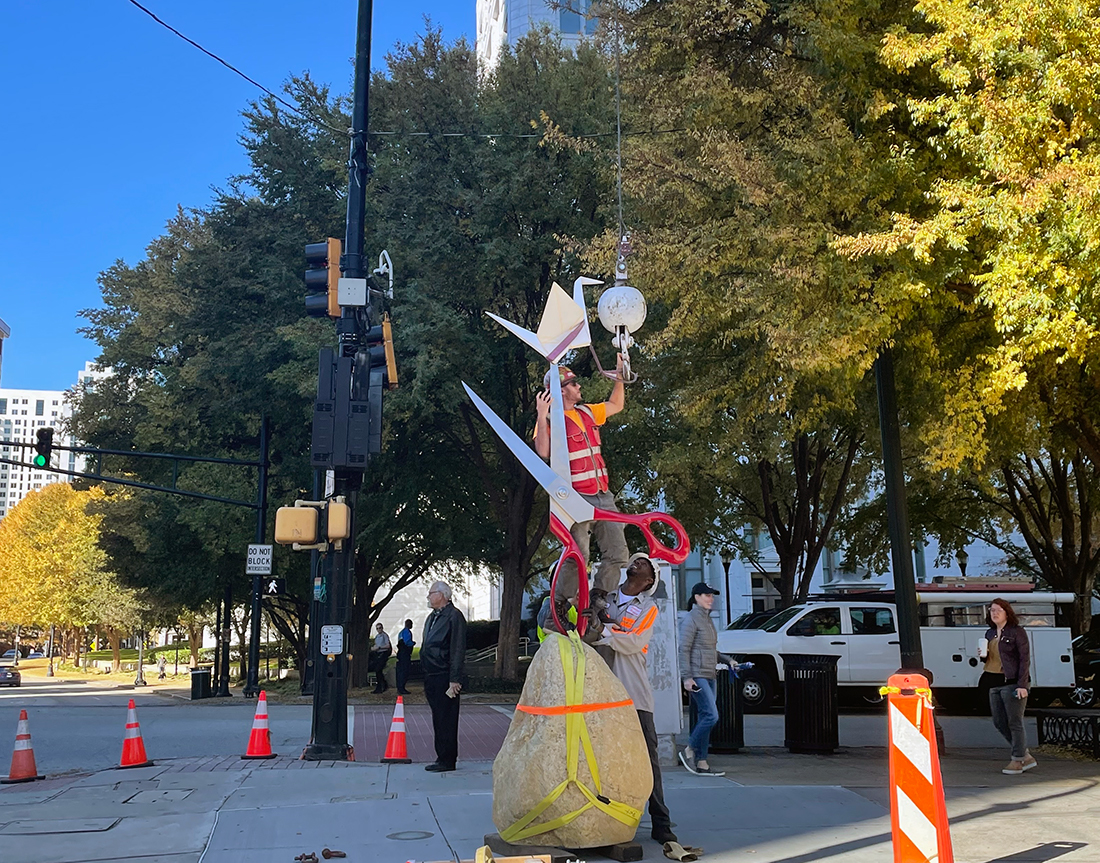 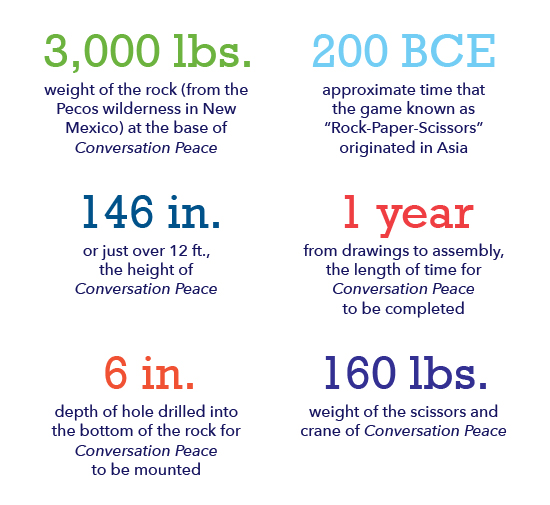 Conversation Peace was installed in Midtown on November 12, 2021, one day after National Origami Day in Japan where the paper crane has become a symbol of peace. 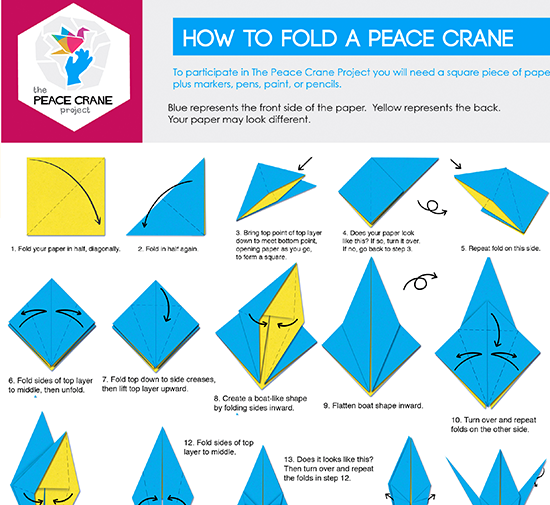 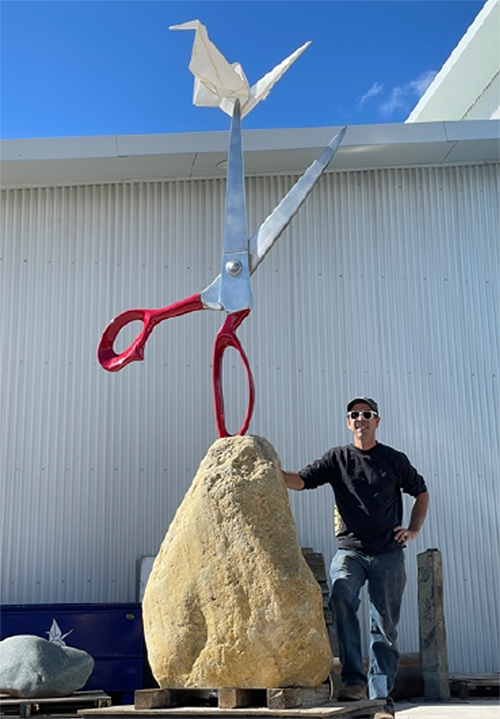 Kevin Box resides in New Mexico with his wife Jennifer. During high school, Box studied graphic arts and apprenticed summers at an uncle’s design firm in Atlanta. It was there that Box formed his relationship with design and with paper.

Box initially went to school to study graphic design. Then, an Art History grant took him to Greece for three weeks, providing opportunities to see some of the great antiquities of the world firsthand. The experience forever changed him. Said Box, “I realized that all of my graphic design work was ending up in the landfill as trash and I discovered the durability of the conversation that continues through the history of art, and I wanted to be a part of that.”

Box changed his major to fine art, focusing on sculpture and art in public places. Following school, Box worked in several foundries, where he attained an exhaustive knowledge of the casting techniques and fabricating processes necessary to create durable works of art. He later reintroduced paper into the casting process. It took two years of tireless experimentation for him to develop the process of casting paper into bronze, another seven to perfect, and it continues to evolve today.

His unique style married paper with the age old tradition of bronze casting and refreshed audiences. In 2004, Box was elected as the youngest member of the National Sculptors Guild and was recognized by Southwest Art Magazine as one of the top 21 artists under 31 in the southwest. His unique style and approach, combined with an innovative vision, contributes to his aspiration of place within 21st Century Art History.

Shall we play a game? 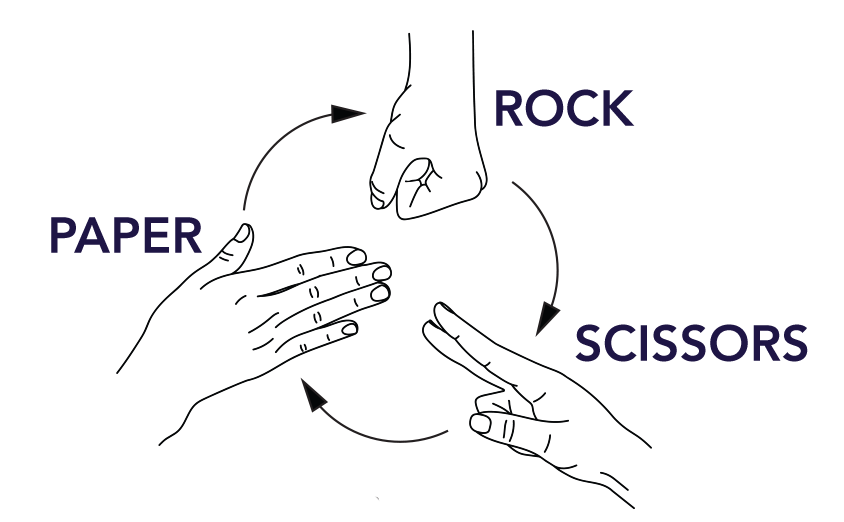 This zero-sum game is played by two people who use their hands to form rock, paper or scissors. Stand opposite your opponent, hide your hand signal behind your back, and reveal it to your opponent following a countdown.

Each gesture carries a certain degree of power that leads to an outcome, which is determined by these rules: