The Fox Theatre welcomes back the annual film festival with the announcement of the 2022 Coca-Cola Summer Film Festival schedule. Kicking off the festival is the 50th Anniversary of The Godfather on Friday, June 17 at 7:30 p.m.

After opening night, the festival will have early and evening shows including “Saturday Morning Cartoons,” “Indiana Jones and Raiders of the Lost Ark,” the 80th anniversary of “Casablanca”, “Coco” and the 45th Anniversary of “Saturday Night Fever” followed by a disco-themed after-party in the Marquee Club presented by Lexus.

Coca-Cola Summer Film Festival will showcase films on its impressive 26-by-56-foot screen. Patrons will enjoy movies under the Fox Theatre’s distinctive blue sky with twinkling stars and fluffy clouds. For select showings, guests will have the opportunity to attend a magical pre-show experience, which will include a sing-along with a vintage cartoon and performances on the world-renowned “Mighty Mo” organ. 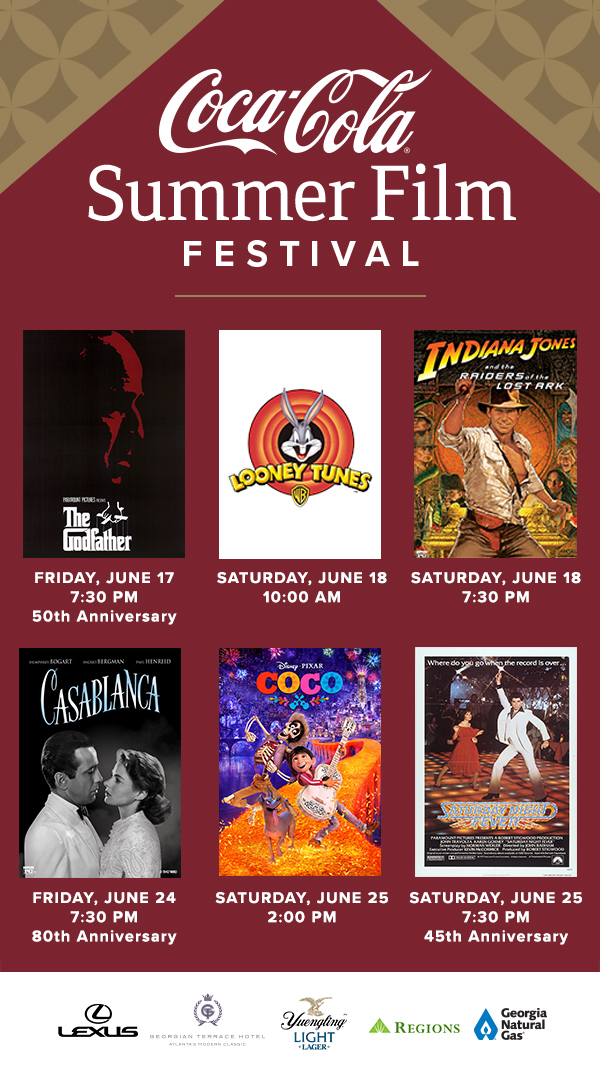