This project would be a multi-modal connection that extends 15th Street from its current end point at West Peachtree Street two blocks west to Williams Street. The entire extension would be implemented on GDOT right-of-way, eliminating the need for costly and time-consuming land acquisition.

The proposed roadway design between West Peachtree Street and Spring Street would include a three-lane section consisting of one through lane in each direction and dedicated left-turn lanes approaching Spring Street and West Peachtree Street. The proposed lane section west of Spring Street would consist of a single through lane in each direction. Travel lanes are proposed to be 11-feet wide. Additionally, the new cross-section would consist of 5-foot tree planting/furniture zones, 5-foot sidewalk-level bicycle lanes, and 10-foot sidewalks on both sides of the street. The bicycle lanes would provide a direct connection to the Arts Center MARTA Station and existing and proposed developments as well as other bicycle routes. 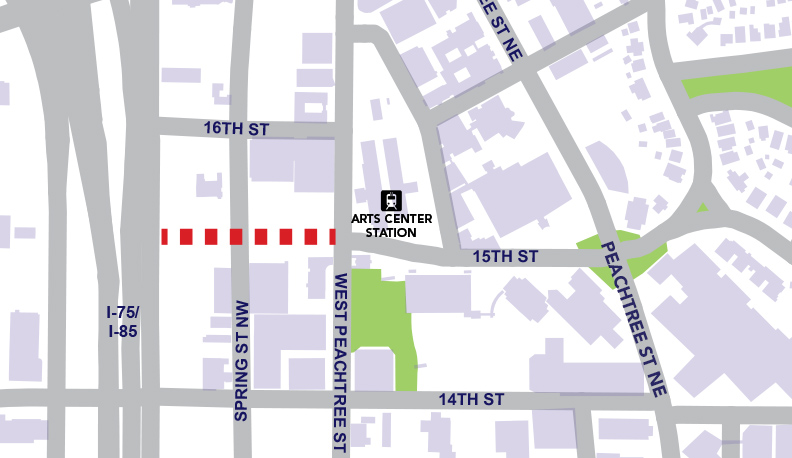 The project was awarded a grant through the Atlanta Regional Commission for partial Design/Engineering and Construction funding.  In partnership with GDOT and the City of Atlanta, an RFQ for Engineering Design services was advertised in June 2017.  Jacobs was selected as the lead consultant and design work began in early 2018.  In 2019 and 2020 project Environmental and traffic studies, Concept Design, and Preliminary Field Plans were reviewed and approved by GDOT.  Final Field Plans were submitted to GDOT for review in mid-2020, and ROW acquisition activities are underway.  Pending approvals and permitting by authorities, construction procurement is forecasted for late-2021, with construction beginning in early 2022 with an anticipated duration of 18 months.  In early 2021 the project was awarded $2M additional federal funds for construction.

Midtown Alliance hosted a public information open house on November 8, 2018 at 999 Peachtree Street. Midtown Alliance and the project design team shared conceptual designs for the proposed 15th Street extension project and solicited feedback from attendees on the proposed concept. Display Boards from this open house are available for download. Responses to comments received, both from the event, online, and via email, are available to read in this document.

Comments received at the November 2018 event, along with additional input from the City, have led to revisions to the original design. The revised design proposes placing the bike lanes at sidewalk level rather than street level so as to provide vertical separation between cars and bikes. A second public comment period was held in April 2019 to share the revised designs with the public and solicit feedback on the revisions. The project team received 26 public comments and those comments, along with the team’s responses, are summarized in this letter. Typical sections of the revised design are shown below. 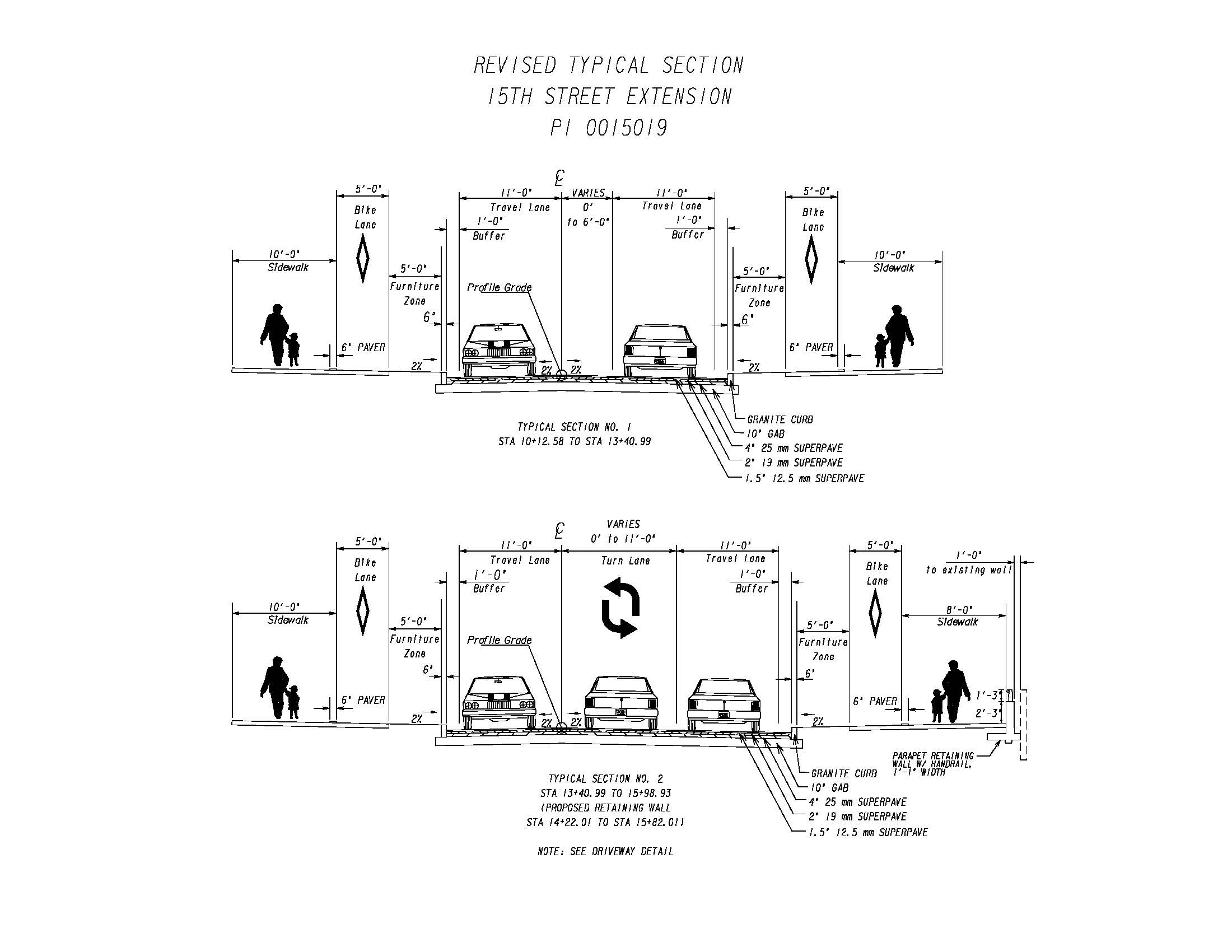 Please continue to visit this project webpage for updates and contact  transportation@midtownatl.com with questions.