Schiffbauer oversees the busiest patrol area in the City of Atlanta, which includes Midtown. 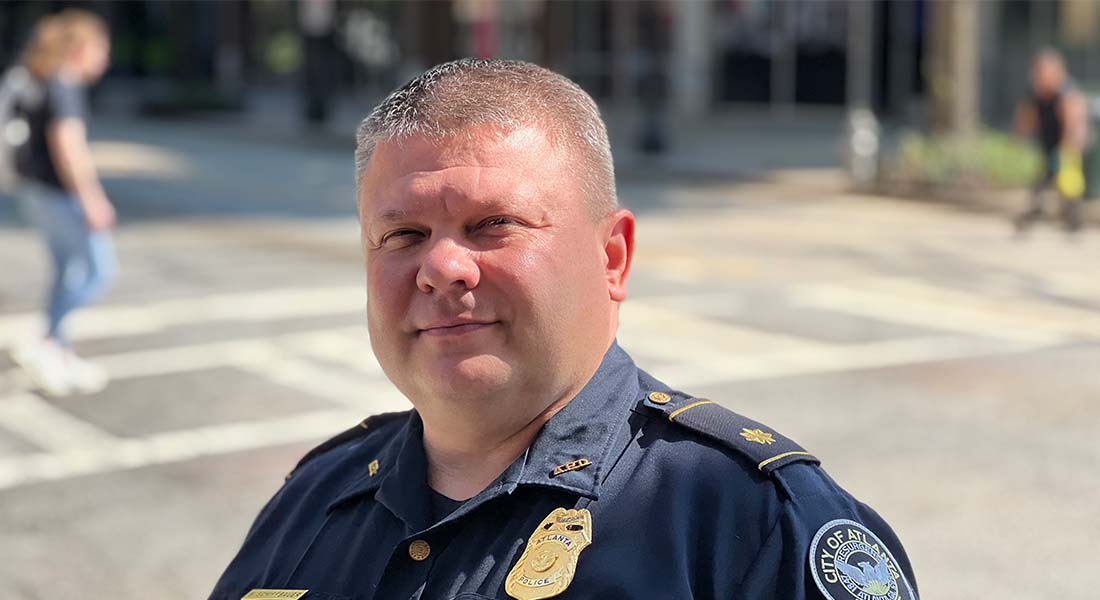 Heading up Zone 5, the busiest patrolling area in the City of Atlanta, is no small task. But for Major Brian Schiffbauer, the assignment is a return to old stomping grounds.

Learn more about Schiffbauer below.

Rising Through the Ranks

Schiffbauer first got assigned to Zone 5 in 1999, fresh out of his graduation with APD’s Class #3.

“Zone 5 was my choice, because I trained here as a police recruit,” Schiffbauer said. “As a young police officer, we want to see the action and help people.”

In 2012, he returned to Zone 5 as a Lieutenant, and served as Zone 5 Morning Watch Commander. Then he got an unexpected assignment: Mounted Patrol Commander.

Schiffbauer had no significant prior experience with horses when he received the assignment to command the Mounted Patrol unit, but he was instantly intrigued. Under his responsibility, he had 18 horses and about 10 officers. His own horse, Magnum, was the largest horse the department had. The Percheron horse, a breed comparable to a Clydesdale in size, weighs in at 1,800 pounds and was 18.3 hands tall. He needed a special step stool to get on Magnum’s back.

“Mounted patrol is a huge responsibility,” he said. “You put a young police officer on a horse and send them out to ride around Downtown, and you just hope they’ve paid attention to their training and use good judgment.”

Mounted patrol works in the areas of Atlanta that host a lot of tourists, or at large events like festivals. People are allowed to pet the horses, and not surprisingly, they often draw lots of fans.

“We would go into Piedmont Park, onto English Avenue, or the Garden District and line up and wait for people,” he said. “We would instruct them how to pet the horse to make them comfortable. When they pet the horse on the side of the neck, that’s like saying, ‘Good boy.’ They love to be praised.”

When Schiffbauer received his next assignment, he was sad to say goodbye to the horses. He still visits Magnum when he can, and he always takes him an apple or carrot “to put a smile on his face.”

“WIth the code enforcement, I thought, ‘What a job. What could I do there?’” Schiffbauer said. “Boy, did I learn. Code enforcement is responsible for many things in the city. We work with the Atlanta City Council and the community. It really changed my perspective.”

Before retiring earlier this year, Bryant assigned Schiffbauer to be Zone 5 Commander. He succeeds former Zone Commander Prenzinna Spann, who went on to become Deputy Chief.

“I was honored and felt really privileged to come back here,” Schiffbauer said. “Zone 5 is the smallest and the busiest zone, with the amount of events that happen here. It made me feel really good that I was selected to command it.”

Zone 5 has grown up a lot since Schiffbauer first patrolled it as a young police recruit.

“This place is like night and day — it has built not necessarily out, but up,” he said. “So many new buildings and a very different look, and that’s a good thing. It lets us know Atlanta is a prosperous place.”

Even with all of the changes, Schiffbauer knows the back of his hand.

“Knowing the demographics and the street means I don’t have to be in a map constantly figuring out where I’m going,” he said.

From Schiffbauer’s perspective, the biggest issue Zone 5 currently faces is larceny from vehicle break-ins. He said it is a city-wide problem, because the same offenders who target cars in Midtown will often venture out to other zones to commit the same crimes.

How does he plan to address the problem? With targeted enforcement and education.

“Captain Antonio Clay [Zone 5 Assistant Commander] and I go to committee meetings and preach over and over not to leave valuable items in plain view, especially weapons,” Schiffbauer said. “That’s the education piece. We have our crime suppression unit working with larceny from autos to get the people breaking into cars identified, and the CourtWatch program working with the community to keep offenders in jail longer."

Schiffbauer has a headstart in helping Midtown and its surrounding areas a safer place, due to his existing contacts with the community, City leadership, APD, and Midtown Blue.

"Working with Major Schiffbauer has been easy, as his goals naturally blend in with what we are trying to accomplish in the Midtown Improvement District [MID] and Zone 5," said Marcus Neville, Director of Public Safety at Midtown Alliance. "Because of his vast experiencein the Zone, he was able to walk into the position of Major and hit the ground running. His approach to his job and interacting with the community goes a long way in forming a stronger partnership with all those involved in public safety in the MID." 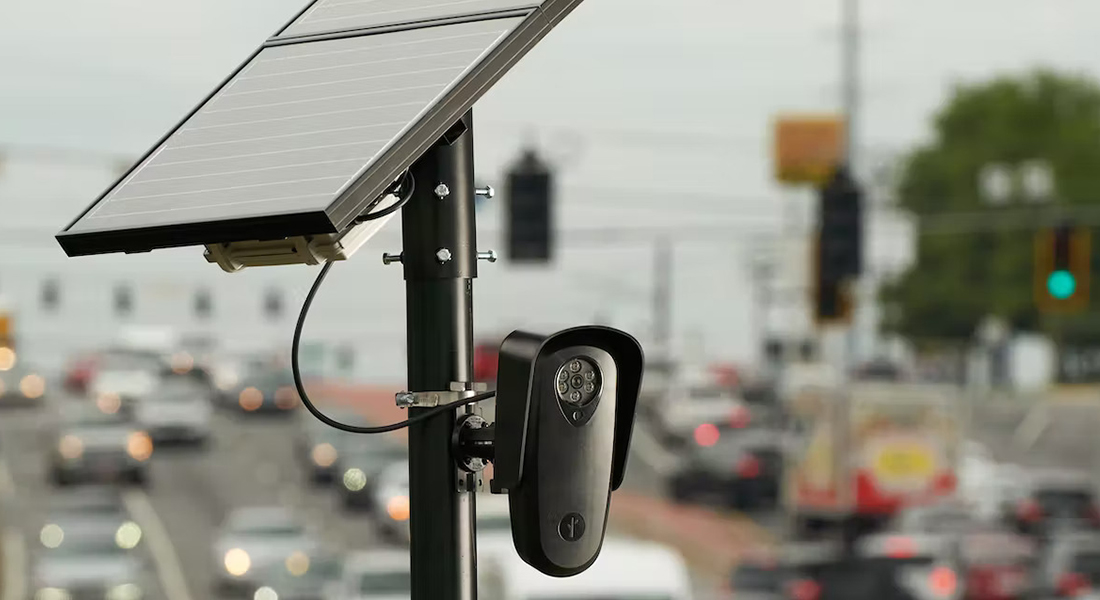 Midtown Blue to Install 18 License Plate Readers Across District
Using funds from the Midtown Improvement District, Midtown Blue will purchase and install 18 new LPRs at locations across the district that will optimally enhance APDs’s vehicle tracking. 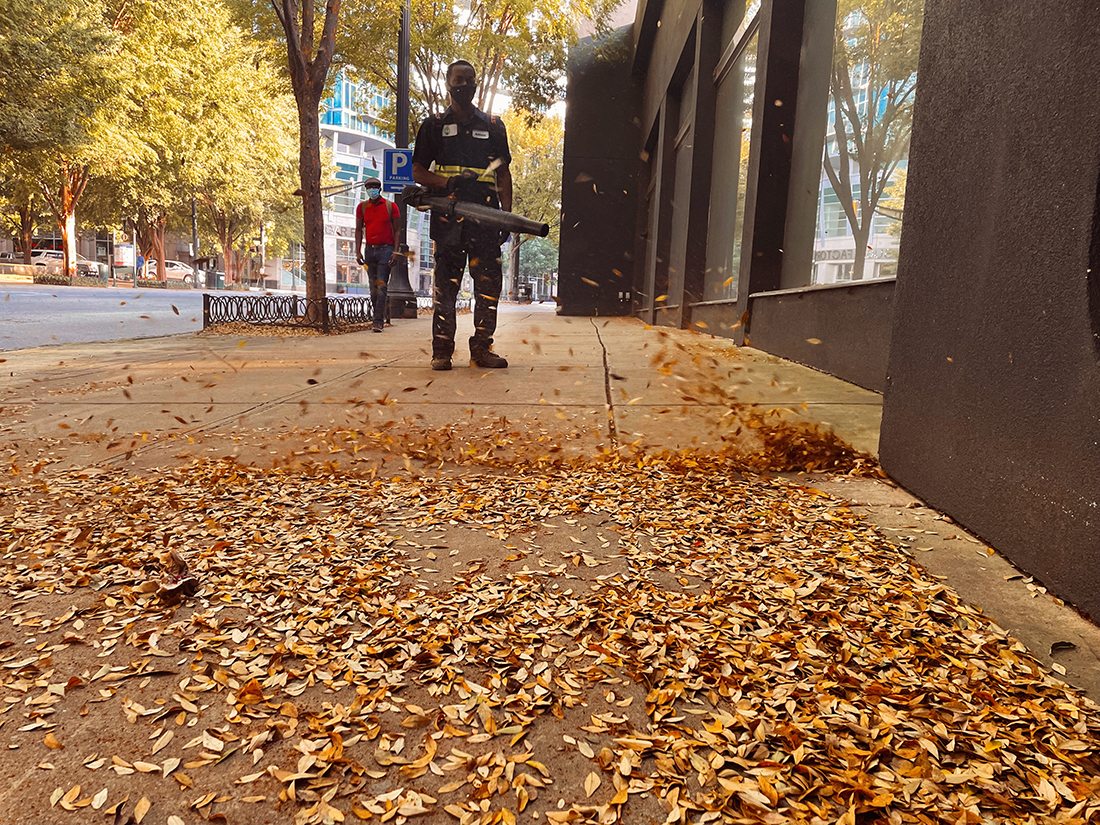