Whether you’re basking under the stars inside the fabulous Fox Theatre, or moving your feet to the rhythm of the flashing club lights, Midtown beams even brighter at night. 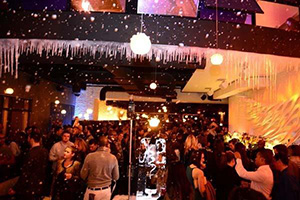 Midtown comes alive with some of Atlanta's best nightlife – from nightclubs with dj’s and dancing to comedy and improv; live music performances to art openings, historic theaters to live music venues - there is something for everyone.

Explore all of these and much more in the map below.

As the sun sets, get ready to have even more fun under the shimmering Atlanta skyline in Midtown.